Fig 1. Hedgehogs have no fear of venomous snakes.

Fig 2. Characteristics of the hedgehog. 1. Body short and dumpy, nose pointed. 2. Upper part and sides of body covered with sharp spines in addition to hair. The spines are about ¾ in long, grey near the base and whitish towards the tip. 3. Tail very short and hidden by the spines. 4. Legs short, each with five toes, bearing strong claws. 5. Head, legs and underside of body covered with greyish-brown hair. 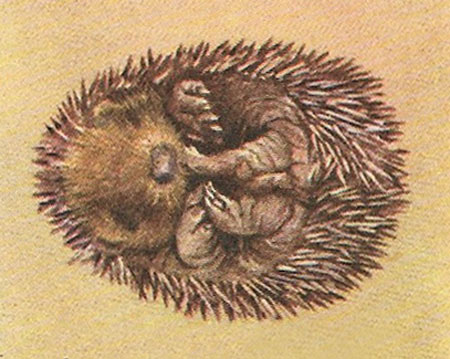 Fig 3. Hedgehog rolled up for protection.

It has been known for many years that the gentle, inoffensive, little hedgehog will kill and eat snakes. In the 1830's Professor Buckland gave a hedgehog a grass snake: the hedgehog unrolled itself, gave the snake a hard bite, and instantly rolled up again. It repeated this action three times, breaking the reptile's back with the third bite. It then passed the whole of the snake's body through its jaws, crushing the bones; finally, it ate the snake, beginning at the tail.

More recent experiments have shown that hedgehogs do not like eating grass snakes very much, but prefer the venomous adder (Fig 1). They deal with this dangerous prey just as Professor Buckland described, biting and ten immediately rolling up, so that the adder's bite strikes and animal's armor of spines and its fangs never pierce the skin at all. The injuries the snake receives from striking its head upon the spines contribute to its defeat.

The hedgehog belongs to the order of mammals known as the Insectivora, so called because most of the time they feed on insects. Its scientific name is Erinaceus europaeus. Other members of this order are the shrews and the mole, and they are all distinguished by having numerous small sharp teeth.

A great part of the hedgehog's food consists of insects, but, as we have already seen, he is ready to tackle larger prey as well: frogs, lizards, and young mice, as well as snakes. But the greater part of his diet consists of snails, worms, and beetles. The hedgehog has 36 teeth: 10 incisors, 4 canines, and 22 premolars and molars. All the teeth are sharply pointed, and are designed for piercing and tearing the food rather than for chewing it.


How the hedgehog lives

The hedgehog is a nocturnal animal (active by night) and spends the day sleeping in a nest of grass and dry leaves, hidden away in a hole or under bushes. At dusk he comes out to look for food, walking about slowly and deliberately, with none of the wary timidity of a mouse or a rabbit. If threatened with danger he never runs away, but first drops his head between his fore-legs and erects his spines and then, if the threat continues, rolls up into a ball. Hedgehogs have few natural enemies; badgers are said to be able to kill them by seizing them quickly before they can curl up. At one time, gamekeepers waged war on them in the belief that they ate the eggs of pheasants and partridges, but now the hedgehog's deadly enemy is the automobile. At night, when they see the headlights of a car they just curl up, confident that their spiny armor will protect them (Fig 3).

Because of their coat of spines hedgehogs cannot groom and comb their fur as other mammals do. As a result they are always infested with fleas and other parasites, but a pet hedgehog can usually be freed of them by the use of insecticide powder.

In the autumn the hedgehog eats plenty of food and lays down a store of fat in its body. It then makes a nest of dry leaves and grass in a burrow or a hollow tree and goes into a state of suspended animation. This means more than just going to sleep. The heartbeat and rate of breathing are slowed down and the body temperature drops to about one degree Celsius below that of the surroundings, but never falls below 5°C (42°F), however cold the weather. The small amount of energy the animal requires in this condition is supplied by its store of fat, which is slowly used up. Hibernation lasts until March or April, when the animal wakes up and resumes its active life.


Life history of the hedgehog

The young are born in the spring, usually 4 or 5 to a family; sometimes there is a second brood in the autumn. At first the babies are very tiny and covered with small white spines, which are quite soft.

The mother takes good care of them and suckles them with milk. She stays with tem except when she goes out looking for food; then she carefully covers them up with dry grass and leaves. At two weeks the babies open their eyes and crawl about. Their spines are still soft.

At three weeks the spines harden and the little hedgehogs start to venture out of the nest.

At 6 weeks they are weaned, but stay with the mother to learn to hunt for food.

Hedgehogs are mature at two to three months and must now look after themselves.


Facts about the hedgehog