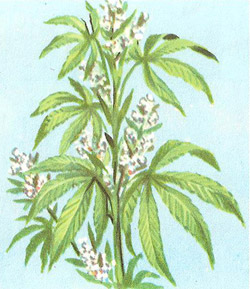 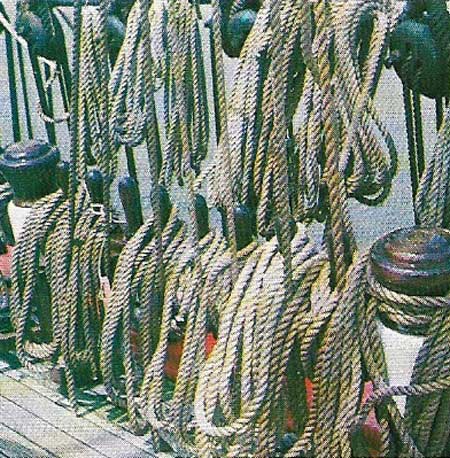 Fig 2. Ropes, aboard a sailing ship, made from hemp.

Hemp is an annual plant, Cannabis sativa, of which the long fibers of the stalk, as in the case of flax, are used (Fig 1). First used in Central America nearly 5,000 years ago, it has since found its way to most temperate regions. It grows up to 3 meters (10 feet) in height.

When the hemp has been harvested the fibers found in its long, woody stem are separated from the rest of the plant. This process is known as retting and there are two different methods. In the first, the hemp straw is spread thinly over the field where it grew until the dew or the rain have rotted the tissues surroundings the fibers. In the other process, which is much quicker, the straw is dried and soaked in water.

Hemp is probably as old as flax. It originated in Asia, was used in Babylon and Egypt, and in ancient Rome clothes, sails, and rope were made from it.

The yellowish to gray fibers are stronger than flax but far coarser. They are easily twisted into rope or twine or else woven into sacking and other coarse fabrics. Hemp was especially in demand in the days of sail when it was used for rope (see Figure 2). Today, sisal and synthetic fibres are cheaper and more durable. Oil is extracted from hemp seeds. Hemp sap or resin contains the narcotic drug cannabis.