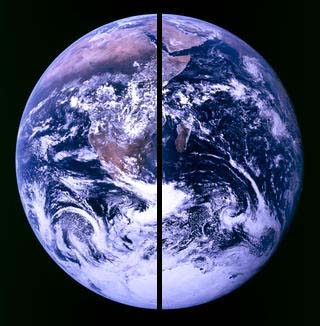 'I wonder if I shall fall right through the earth!'
—Alice, in Alice in Wonderland.

Imagine there is a hole going from one point on the Earth's surface, all the way through the center of the Earth, to the exact opposite (antipodal) point on the other side. What would happen if you dropped something into this hole?

The Greek historian Plutarch considered the problem some 2,000 years ago. In 1624, van Etten argued that a millstone dropped down such a hole at 1 mile per minute would take more than 2½ days to reach the center, where "it would hang in the air."

The first correct answer was given by Galileo is his Dialogue Concerning the Two Chief World Systems (1632). Galileo realized a dropped object would accelerate until it reached the center of the Earth, travel through to the other side, then oscillate back and forth. The trip one way would take just over 42 min.