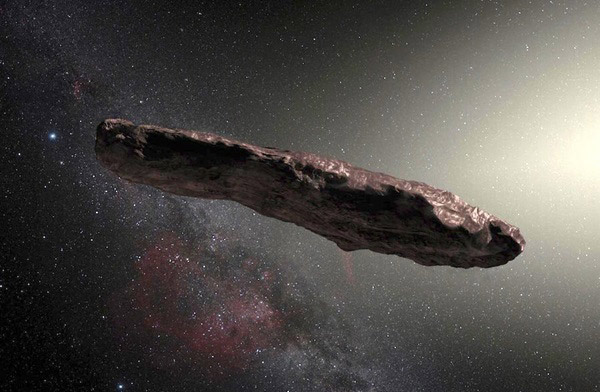 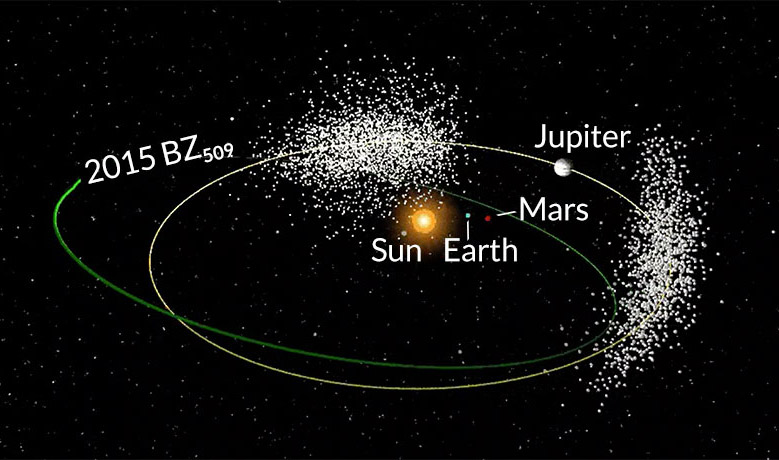 Two objects were discovered in 2015 and 2017 which appear to be asteroids that originated outside the Solar System. One, called ʻOumuamua and formally classified as 1I/2017 U1, was first detected when it was about 33 million km from Earth and already heading away from the Sun. The high eccentricity of its trajectory, together with the speed at which it was moving, proved beyond doubt that it was an interstellar traveller that had temporarily wandered into the Solar System and was now heading back toward the stars (Fig 1).

The other object of probable interstellar origin is an asteroid known as 2015 BZ509, which goes around the Sun in an orbit similar to that of Jupiter but in the opposite direction (Fig 2). Computer modeling suggests that it has been in this retrograde orbit for the past 4.5 billion years – since shortly after the planets of the Solar System formed. At that time, all of the material left over from the formation of the Sun would have been orbiting in the same direction. The retrograde motion of 2015 BZ509 implies that it is not indigenous but must instead have come from outside the Solar System and subsequently been captured by the Sun's gravitational field.