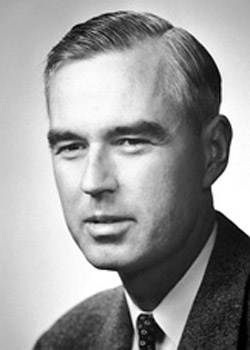 Willis Lamb was an American physicist who shared with Polykarp Kusch the 1955 Nobel Prize in Physics for his examination of the hydrogen spectrum. He devised new techniques whereby he was able to show that the position of certain lines differed from the theoretical predictions, thus necessitating a revision of atomic theory. The Lamb shift, which is named after him, provided the first sign that a theoretical approach called renormalization could remove the mathematical infinities that were plaguing quantum mechanics at the time. He also developed microwave techniques for examining the helium spectrum.