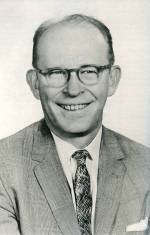 Willard Libby was an American chemist awarded the 1960 Nobel Prize in Chemistry for discovering the technique of radiocarbon dating (1947). Libby worked (1941–45) in the war research department at Columbia University, New York, on the separation of isotopes for the atom bomb. This work led to his interest in nuclear physics and to his development of radioactive carbon-14 dating. He is the author of Radiocarbon Dating.