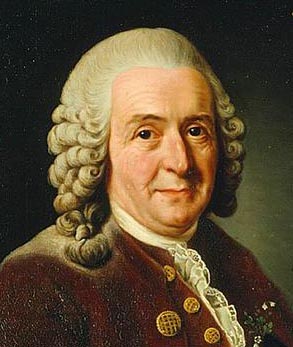 Carolus Linnaeus (Carl von Linné) was a Swedish botanist and physician whose Systema Naturae (1735) laid the foundation of the modern science of taxonomy by including all known organisms in a single classification system. Linnaeus was one of the first scientists to define clearly the differences between species, and he devised the system of binomial nomenclature, which gave standardized Latin names to every organism.

Linnaeus was the first son of a Swedish clergyman and as a child spent many of his leisure hours collecting animals and plants. He studied medicine, first at Uppsala University in Sweden and then in Holland, before returning to practice in Sweden. The collection of detailed observations of specimens still remained a major interest, however, and from 1741, when he became a professor at Uppsala and received the botanical garden there, until the end of his life he devoted most of his time to this pursuit.