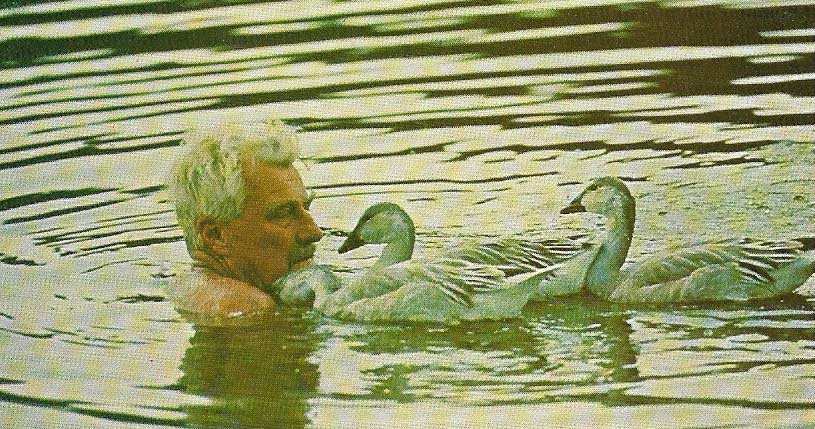 Goslings became "imprinted" to Lorenz, who studied the behavior of geese.

Konrad Lorenz was an Austrian pioneering ethologist, zoologist, and writer. Unlike psychologists, who studied animal behavior in laboratories, Lorenz studied animals in their natural habitats. He observed that instinct played a major role in animal behavior – for example, in imprinting, by which an animal may learn to identify its parents. Some of his views are expressed in his book On Aggression (1966); an early well-known book is King Solomon's Ring (1952). He shared, with Nikolaas Tinbergen and Karl von Frisch, the 1973 Nobel Prize in Physiology or Medicine.