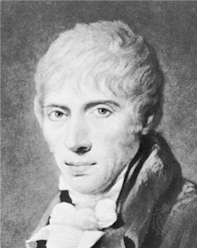 John McAdam was a Scottish engineer who is credited with inventing the so-called macadam road surface. He proposed that roads should be raised above the surrounding ground, with a base of large stones covered with smaller stones and bound together with fine gravel, McAdam applied these ideas when he was appointed surveyor general of Bristol's roads in 1815. They proved successful, and his views on road-making were generally adopted after a parliamentary inquiry in 1823. McAdam was made surveyor general of roads in Britain in 1827.