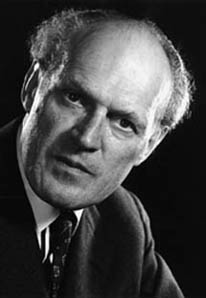 Wilhelm Messerschmitt was the leading German aircraft designer and engineer. Born in Frankfurt, Messerschmitt made his first glider flight at the age of 14, and designed and built his own unpowered aircraft three years later. He set up his own company and began to build motorized aircraft in 1923. His first successful fighter plane, the Bf 109, became a key part of the new Luftwaffe, the Nazi air force, during World War II after being successfully used in the Spanish Civil War. The Bf 109 had one of the largest production runs in the history of aviation.

Messerschmitt also built the first really large transport plane, the six-engine "Gigant." Weighing 50 tons when fully loaded, it mounted up to 15 machine guns. It carried 22 tons of cargo or up to 120 fully equipped infantrymen. Its wingspan of 55 m (180 ft) approached the 59-m (195-ft) span of the Boeing 747 airliner built nearly 30 years later.

Messerschmitt pioneered the construction of jet- and rocket-powered interceptors. These planes waited until enemy bombers appeared, then flew up swiftly to meet them and attacked at high speed. His rocket plane was designated the Me 163 'Komet,' and burned hydrogen peroxide as a fuel. The Komet reached 1,003 km/h (623 mph) in a test in 1941 – twice the speed of most fast fighter planes of the day.

Messerschmitt's most serious high-tech effort was the Me 262, the world's first jet fighter to fly in combat. Although it performed well in the air, its engine, which was redesigned to use more plentiful materials rather then the heat-resistant metals of the original design, tended to fail, and the plane did not see a lot of flying time.

After the end of World War II, Messerschmitt was arrested and imprisoned for having used slave labor during the war. He spent two years in prison, then was released and went back into business manufacturing sewing machines and prefabricated housing. In 1958, he returned to the production of aircraft, building a small Italian fighter plane under license. His company later produced an advanced American fighter, the Lockheed F-104. After 1960, the West German aviation industry consolidated into fewer but stronger companies that could compete effectively in the international market. In 1969 this led to the formation of a large combined corporation, Messerschmitt-Bolkow-Blohm. Willi Messerschmitt was named honorary chairman, holding this position until his death.