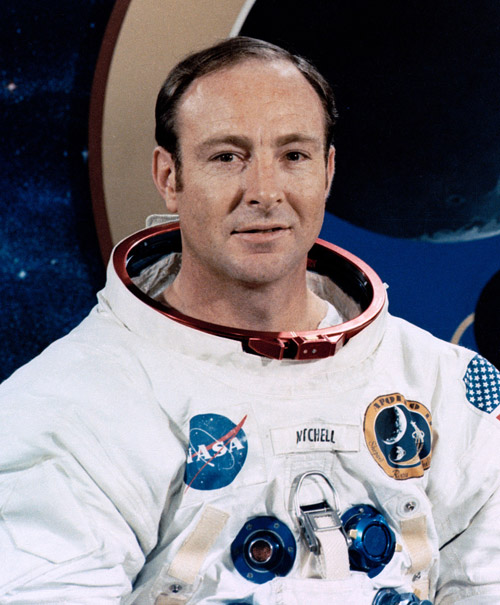 Edgar Mitchell was an American astronaut and Navy captain who flew on Apollo 14 and became the sixth human to walk on the Moon. Mitchell obtained a BS in industrial management from the Carnegie Institute of Technology (now Carnegie-Mellon University), a MS from the United States Naval Postgraduate School, and a PhD in aeronautics and astronautics from Massachusetts Institute of Technology. After retiring from the Navy in 1972, Mitchell founded the Institute of Noetic Sciences to sponsor research into the nature of consciousness as it relates to cosmology and causality. In 1984 he was a cofounder of the Association of Space Explorers, an international organization of those who have experienced space travel.