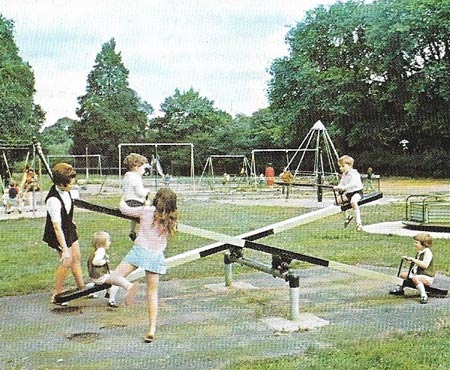 Fig 1. The principle of moments is demonstrated by a children's teeter-totter (see-saw). 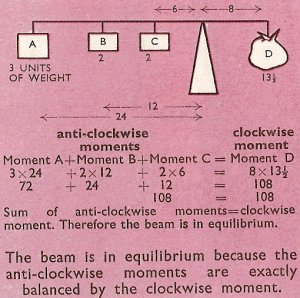 Fig 2. The law of moments

A moment is a tendency to cause rotation about a point or axis, i.e., the turning effect of a force. It is equal to the product of the force F and the perpendicular distance r between the point of axis of rotation (known as the fulcrum) and the line of action of the force, that is

Imagine resting your arm on a table, with your palm up and with your elbow on the table. Imagine a book resting in the palm of your hand. Now lift up the book slightly above the table (say the book weighs 2 kg), pivoting your arm slightly above the table, but keeping your elbow on the table. Say the length of your arm from your elbow to your hand is 0.5 m. By definition, the book is exerting a moment about your elbow equal to the force (the weight of the book) times the distance to the pivot point (your elbow). In this case, (force) × (distance) = 2 × 0.5 = 1 newton·meter. The moment exerted by the book about your elbow is 1 N·m.

Consider another example. If you push on a door as far away from the hinge as possible, it is very easy to push it open. Pushing nearer to the hinge, though, requires a greater effort. This is because a small force some distance away from the fulcrum can have the same moment as a large force near to the fulcrum.

Values of moment are given a +/- value depending on whether they tend to produce clockwise or anticlockwise rotation. The international standard (S.I.) unit of moment is the newton·meter. The dimensions of moment are [M] [L]2 [T]-2. See also torque. Compare with couple.