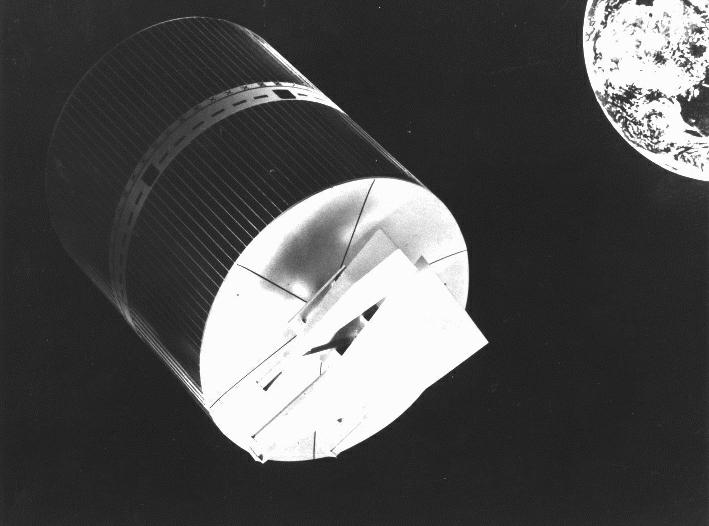 Artist's concept of a NATO-3 satellite in orbit.

NATO satellites are a series of military communications satellites, encrypted for use by NATO (North Atlantic Treaty Organization), and designed to link the capital cities of NATO countries.

NATO-1 and -2 were launched in 1970 and 1971, respectively, and four of the much larger NATO-3 satellites between 1976 and 1984. Each NATO-3 could support hundreds of users and provide voice and facsimile services in UHF- (ultra-high frequency), X-, and C-bands (see frequency bands). Two NATO-4 satellites, which operate in the same bands but have still more channels, were launched in 1991 and 1993.