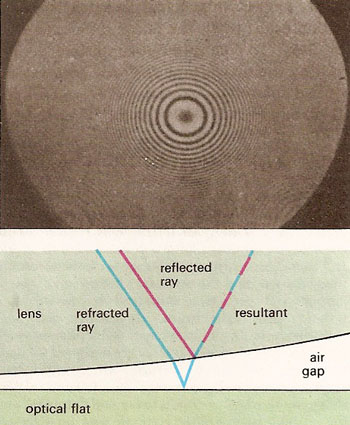 Newton's ring, a familiar interference phenomenon, can be seen whenever a transparent object or film closely overlies a reflecting surface. Examples include a convex lens on an optical flat, a film of oil floating on water and, all too frequently, a transparent film in a glass slide mounting. Coherent light (light from a single source) reflected from both sides of a thin air gap or oil film interference with itself, giving rise to a pattern of colored or, for monochromatic light, light and dark fringes.