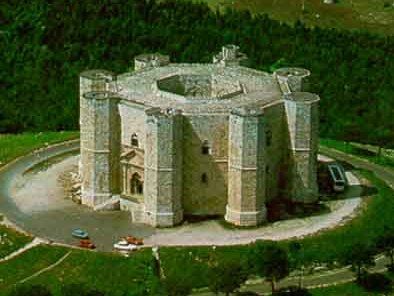 Octa is a Greek suffix meaning 'eight.' One of the most remarkable examples of octagonal design in architecture is the Castel del Monte, in southern Italy, which consists of a central octagonal core containing an inner octagonal courtyard that is surrounded by eight tall, perfectly octagonal towers. Another famous octagon is the tower of Oxford University's Radcliffe Observatory, built in 1772–1794, vaguely based on the Tower of the Winds in Athens, and considered architecturally the finest observatory in Europe. 1