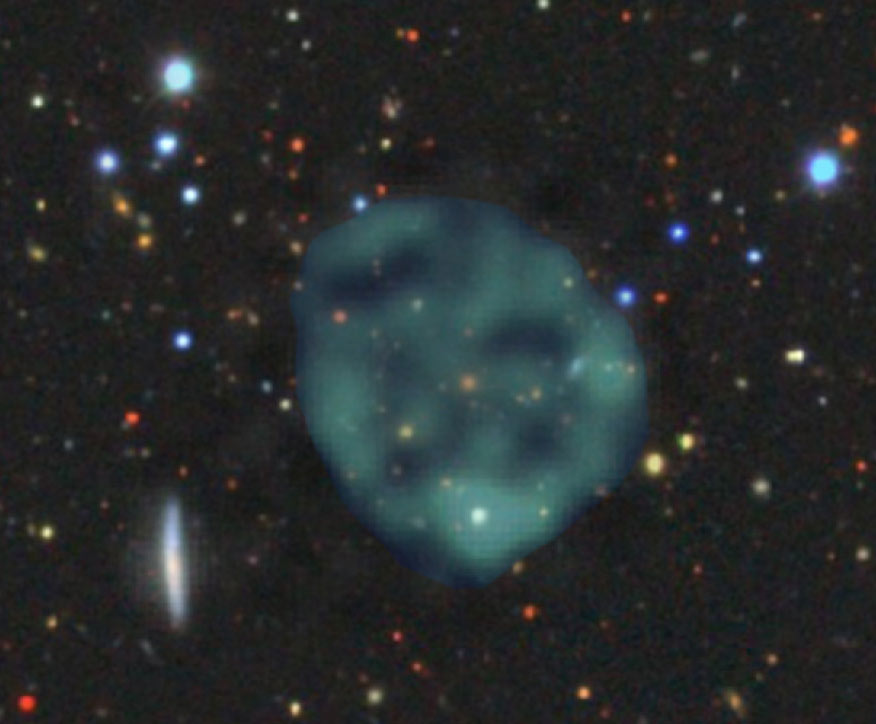 ORC1, the first odd radio circle to be discovered.

Odd radio circles (ORCs) are new class of astronomical phenomenon, the first of which was discovered in late 2019, by Anna Kapinska using an array of radio telescopes in Australia known as the Australian Square Kilometer Array Pathfinder. . Four ORCs are of them have been discovered to dat,

ORCs are roughly round, give off radio waves, and haven't yet been properly explained. They don't show up at all in ordinary light or other types of waves like infrared or X-rays. They only shine in radio waves and particularly bright around their circular edges.

Superficially, ORCs look a bit like supernovae or some planetary nebulae, both of which are caused by stars blowing off material into space. But ORCs are neither of these. For one thing they're enormous and they lie at great distances, far outside our own galaxy. We know this because two of them have been found to have galaxies inside them, and the distance to these galaxies is known to be about a billion light-years.

This means that the OCRs must be immense – around a million light-years across. It also suggests that they're associated with the galaxies. One suggestion is that they might be shock waves caused by particles, possibly electrons, fired out by the central galaxy. But at this stage, we simply don't how something so large could be formed in this way.

Another strange fact is that of the four confirmed ORCs, two of them lie side by side. They're obviously connected – but how and why?

It's taken this long to discover ORCs because it's only recently that the instruments needed to detect them have come on stream. These are arrays of radio telescopes that are both very sensitive – so they can detect faint signals – and can survey quickly large areas of the sky.