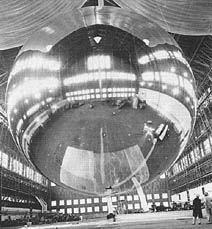 Pageos (Passive GEOS) was a 30-m diameter sphere made from 0.0125-mm Mylar externally coated with vapor-deposited aluminum. It was inflated in orbit to serve as a giant reflector of sunlight that could be photographed from the surface. In this way, Pageos enabled, over a five-year period, the determination of the precise relative location of continents, islands and other land masses. Pageos was the second (following GEOS 1) NASA satellite in the National Geodetic Satellites Program. The launch, orbit, separation, inflation, and operation went according to plan, with more than 40 ground stations taking part in the observation program. The orbit was generally considered too high for drag-density study, although some work was done in this area by the Smithsonian Astrophysical Observatory.