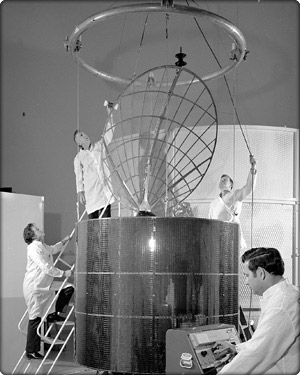 Palapa is Indonesia's national communications satellite system. Palapa A1 and A2, launched in 1976 and 1977, were among the first indigenous comsats. Stationed in geosynchronous orbits, Palapas provide voice circuits and television to Indonesia's more than 6,000 inhabited islands and neighboring countries.

The first two Palapas each had 12 transponders and were supported by 40 earth stations; they were identical to the Anik and Westar satellites built (also by Boeing Satellite Systems) for the first domestic systems in Canada and the United States. The current system has three satellites, each with 24 transponders, and thousands of earth stations. Palapa B2, launched from the space shuttle, failed to reach its correct orbit but was salvaged by a later shuttle mission.