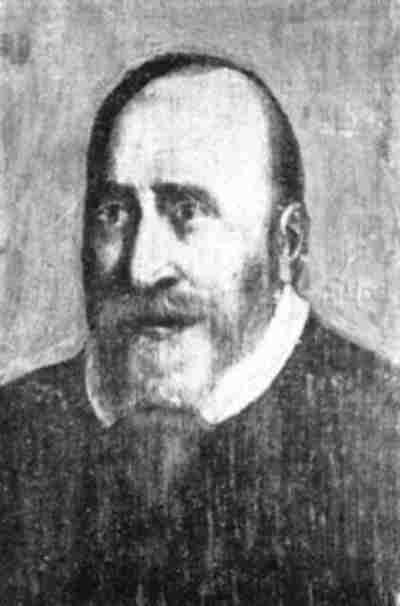 Robert Recorde was a Welsh physician and mathematician, born in Tenby, Pembrokeshire, and trained at Oxford and Cambridge, who held various positions, including master of the mint in Bristol and later in Ireland, and wrote a number of influential math textbooks. These books formed a complete course and were written in English, rather than the usual Latin or Greek, so that they could be read anyone. In one of them Recorde introduces the "=" sign for "equals."

In 1557, Recorde weary of writing "is equal to" in his treatise on advanced mathematics and introduction to algebra, The Whetsone of Witte. The shorthand symbol that he devised is the two parallel lines familiar to those with the most rudimentary of mathematical knowledge: the equals sign. This symbol, and the concept of equality of two discrete expressions that it represents, makes otherwise abstract mathematical ideas clear and the discovery of unknown quantities in algebra possible.

The ancient Egyptian Rhind papyrus (c. 1650 BC) contains the first recorded linear equation, but scholars are uncertain if the Egyptian's concepts of equivalence and balance were the same as those developed by mathematicians such as Recorde in the 16th century. In any case, the equals sign took many years to find a common place in mathematical texts; 17th century mathematicians were partial to æ, representing the Latin aequalis (equal).

The state of being equal, indicated by the presence of the equals sign, is an indispensable concept in basic mathematics and algebra. In fact, an equation could be argued to be the most basic notion in all of mathematical thinking: figures on either side of an equals sign are of the same value. Both sides of the equation can be simultaneously manipulated (by dividing, subtracting, or adding, for example) with the intent of "solving" the unknowns in the equation. Most laws of physics and economics upon which daily life revolves are expressed most cleanly through equations such as, Newton's first law of gravitation.