Characteristic arrangement of teeth in a rodent. 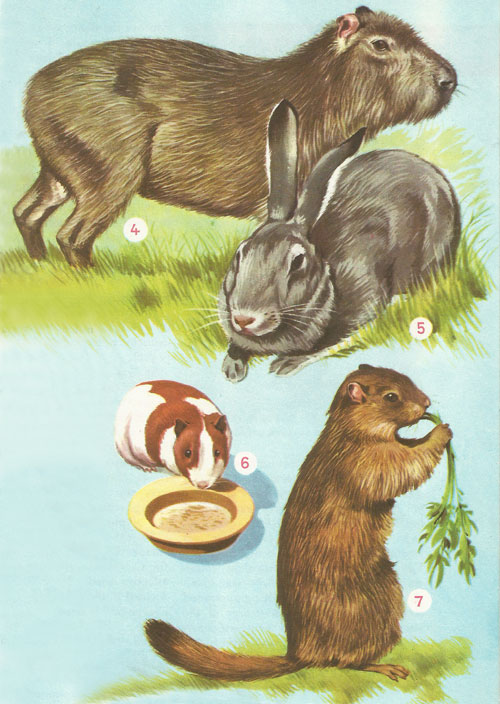 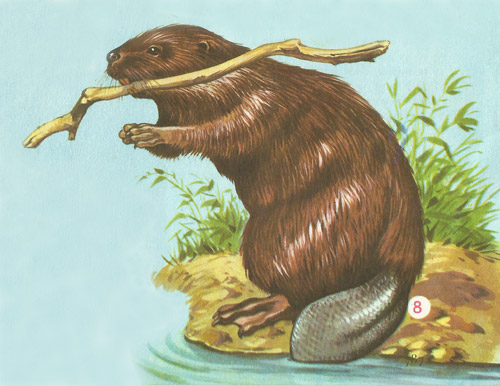 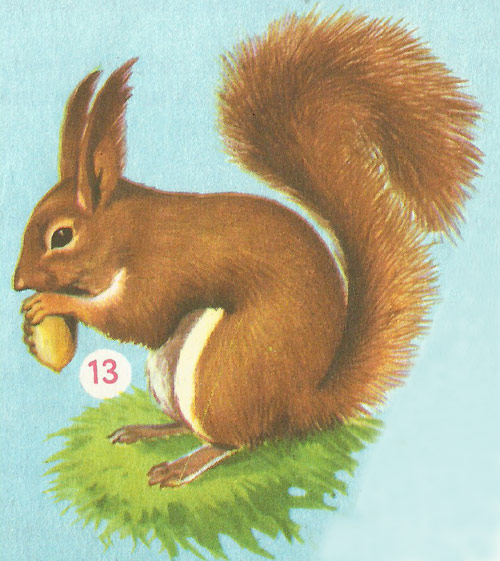 Rodentia is an order of the Mammalia (see mammal) that includes beavers, squirrels, porcupines, guinea pigs, rats, and mice. It is the largest order of mammals, and includes almost 1,500 living species: two out of every five species of mammals in the world are rodents. All rodents have a single pair of incisor teeth that grow throughout life and wear to form sharp chisel edges used for gnawing. They are predominantly eaters of seeds and tough vegetable matter. Some species are important pests.

The word 'rodent' has the same derivation as 'erode', from the Latin rodere, to gnaw. For this is just what rodents do; they are always gnawing at something: grass, leaves, the bark and wood of trees, or sacks of stored corn. Not only must they gnaw in order to eat; they must do so in order to keep their front or incisor teeth worn down. These teeth continue growing throughout the animal's life. If a rodent is fed on soft food and prevented from gnawing anything hard, its incisors grow until it cannot close its jaws, and they may even pierce its palate; in either case the animal will die.

Many rodents are also extraordinarily prolific. With a plentiful food supply of the kind provided by the crops we grow they multiply so rapidly that everything is eaten as fast as it grows. Mice, and the little mouse-like animals called voles, are good examples of this, and both are serious pests of agriculture when they become too numerous. Wherever food, particularly grain, is stored in large quantities, many rodents, such as rats and mice, become a menace. Rats are also carriers of disease, including bubonic plague, which is transferred to man by the fleas which infest them.


Some facts about rodents

Rabbits and hares are not regarded as rodents by modern zoologists; they are placed in a separate order, the Lagomorpha. As they are so similar, however, we shall consider them here together with the rodents. The most obvious difference is that true rodents have only a single pair of upper incisor teeth, whereas rabbits and hares have an additional small pair behind them.

Both orders have the incisors covered with enamel on the outside only, so that they wear down on a slant and maintain a cutting edge like a chisel in front. Between the incisors and the molar teeth there is a gap, the diastema, which occupies the position of the canine teeth in other mammals. The molar teeth of most rodents are adapted for grinding hard vegetable material, but those of rats and mice are suited to a more varied diet.

Rodents are the most widely distributed of all mammals. They range from the arctic tundra to the tropics and are found in all the continents except Antarctica. Rodents were some of the earliest mammals brought to New Zealand, and rodents and bats are the only mammals, other than marsupials, that are native to Australia.


Common species of Rodentia and Lagomorpha

1. Edible dormouse – length 6½ in, tail 5 in. A little squirrel-like animal, native to Europe and recently introduced into England. It was considered a delicacy by the Romans.

2. Hare – Length about 2 ft. One of the Lagomorpha. The brown hare, which is shown here, is common in England. It is larger than a rabbit, has black tips on its ears and does not live in burrows. The Scottish blue hare is a distinct species. Its fur is grey in summer and turns snow white in winter to conceal the animal against a background of snow.

3. Porcupine – There are various kinds, mostly about 2 ft long including the tail, inhabiting Africa and Asia, with one species in southern Europe. The porcupines of America are rather distinct from those of the 'Old World'. Their spines give them very effective protection against carnivorous animals.

4. Capybara – Length over 3 ft. Native to South America, this is the largest of all the rodents. It is aquatic and lives near streams and rivers in the tropical forest, and can be easily tamed.

5. Rabbit – Length about 18 in. Like the hare, the rabbit is a lagomorph, not a rodent. Probably native to North Africa, it was introduced to Britain by the Normans and has been carried by man to various parts of the world, including Australia, where it became a serious pest.

6. Cavy or guinea pig – total length 10 in. A native of South America which is now a familiar domestic animal. Guinea pigs are often kept as pets and, in the past, were used extensively as experimental animals in medicine and biology.

7. Marmot – Length nearly 2 ft, tail 8 in. Found in Europe, mainly in the higher mountains. Marmots are also found in America, where they are called woodchucks.

8. Beaver – Length nearly 3 ft, tail 1 ft. Occurs in Europe and North America; and aquatic animal which dams streams with branches and small trees and builds houses made of the branches in the streams.

9. Chinchilla – Length 1 ft, tail 8 in. A native of the high Andes of South America, famed for its beautiful fur.

10. Rats and mice – Numerous species occur in almost all parts of the world. Three of them, the house mouse, the brown rat, and the black rat or ship rat, live in close association with man and do immense damage by destroying and fouling stored food. Rats are carriers of disease, including bubonic plague and scrub typhus.

11. Prairie dog – Length 16 in, tail 4 in. A rodent of the great plains, or prairies, of North America. Prairie dogs make deep vertical burrows, easily located by the mound of earth which is thrown out.

12. Coypu or nutria – Length 20 in, tail 1 ft. A native of South America, farmed extensively for its fur. Escaped coypus are now living wild in Norfolk.

13. Squirrel – Length 10 in, tail 8 in. The squirrel shown here is the native red squirrel of Europe, including Britain. In this country it has been replaced over wide areas by the American grey squirrel, which was introduced towards the end of the 19th century. Squirrels are arboreal animals; that is they live mainly in trees.