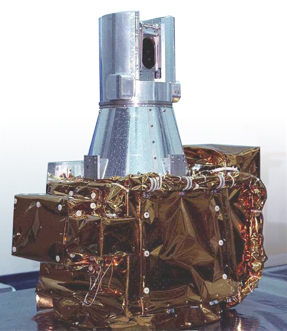 SAGE is a spaceborne instrument that collects data on how changes in the amount of solar radiation falling on Earth's upper atmosphere affects the concentrations of aerosol and ozone at different levels.

SAGE I was launched onboard AEM-2 (Applications Explorer Mission 2) in 1979, SAGE II aboard ERBS (Earth Radiation Budget Satellite) in 1984, and SAGE III onboard a Russian Meteor-3M satellite on December 10, 2001.