Fig 1. On a typical temperate salt marsh a distinct division of plants can be seen, which reflects the plants' abilities to withstand periodic immersions by the tide and this their exposure to salt water and all the physiological problems this involves. The primary colonizers (A) of the bare mud are the eel grass (Zostera sp) (1) and saltwort (Salicornia sp) (2). At the beginning of the 20th century the sea cord grass (Spartina Townsendii) became a major colonizer of the bare mud zones of many European salt marshes. The general marsh community (B, C, D) contains a number of different plants, among them sea spurry (Sperguparia sp) (3), sea plantain (Plantago maritime) (4), sea lavender (Limonium sp) (5) and sea blight (Sueda maritime) (6). On the hummocks and edges of creeks (C) are found sea purslane (Halimione portulacoides) (7) and sea aster (Aster tripolium) (8). These grow only in the better- drained areas. The edge of the marsh, in the areas with the least likelihood of inundation, are found (E) thrift (Armeria maritime) (9), sea wormwood (Artemisia maritime) (10) and sea couch grass (Agropyron sp) (11). 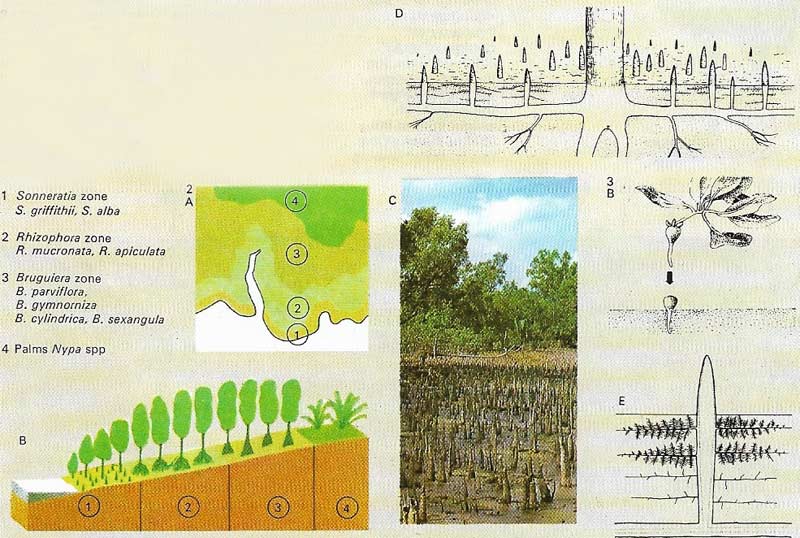 Fig 2. Moving forever seaward, the mangrove forests (C) claim new territory for the coastline. A section through a mangrove swamp (B) shows the distribution and zonal ion (A) of the various species of mangrove. The pioneer mangrove (Sonneratia sp) (D) has large numbers of upright aerial roots (pneumatphores) by means of which it is able to breathe. Lateral roots form from these (E). 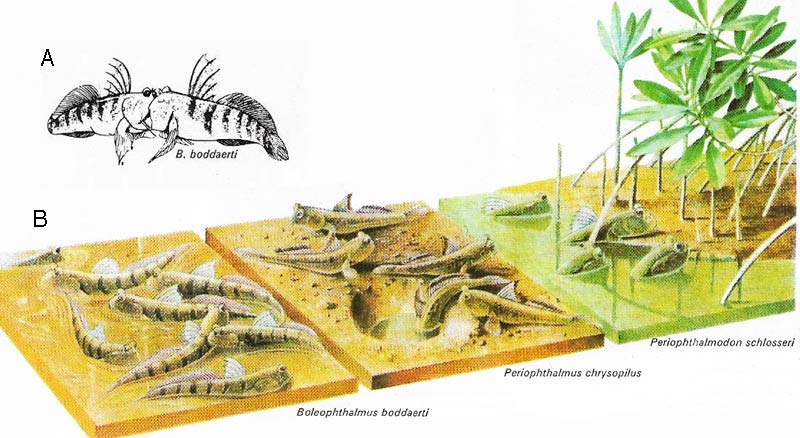 Fig 3. The mudskippers of the mangrove swamps are fish that live as much out of the water as in it. Each species (B) feeds on a different diet and occupies a separate niche in the mangrove mud. Boleophthalmus boddaerti is found at the seaward edge. Mudskippers exert strong territorial rights at breeding time. Periophthalmus chrysopilus builds a circular burrow in the mud to which it attracts a female with a series of leaps. In contrast Periophthalmodon schlosseri makes its home on the firmer mud within the fringes of Avicenna and is carnivorous; B. Boddaerti feeds on algae at the seaward edge of the swamp. Courtship of the mudskippers involves a typical mouth-to-mouth display (A). 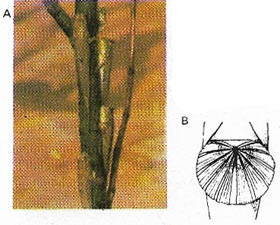 Fig 4. As the tide rises the mudskipper Periophthalmus chrysopilus climbs the mangrove trees (A) and clings on with a sucker (B). 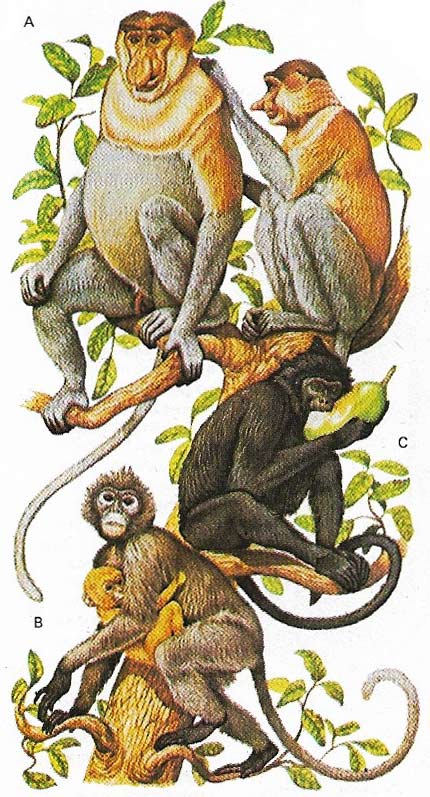 Fig 5. The mangrove forests of Borneo and Southeast Asia are the home of the proboscis monkey (Nasalis larvatus) (A). The silvered langur (Presbytis cristatus) (B) and dusky langur (P. obscures) (C), live in the same habitat./p> 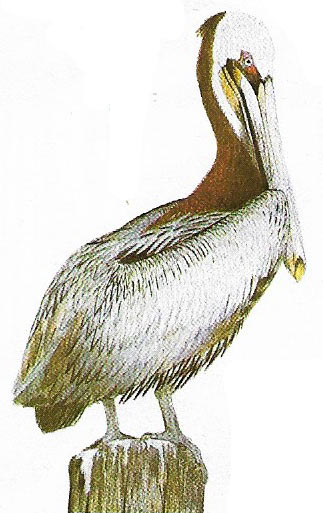 Fig 6. The brown pelican has a large bill with a distensible pouch that it uses to catch the fish on which it feeds. It lives on the coasts of tropical America.

The boundaries between sea and land are not al ways exact and throughout the world complex transition zones exist. In the temperate regions of the world they are represented by salt marshes; while in the tropical regions mangrove swamps (Fig 2) flourish on many coasts. Both areas are highly productive and present a habitat that has a unique and populous fauna. The plant species that compose the marsh and swamps are specially adapted to withstand the presence of salt water and periodic immersion by tides.

Many plants of the salt marsh are succulent, their stems and leaves swollen with water stored in special tissues. Salt marsh plants suffer from lack of water in much the same way as desert plants because it is difficult for the, to extract water from the sea. The reason for this so-called "physiological drought" is that the concentration of mineral salts in seawater is similar to that inside the plant cells and, as a result, little water is able to move into those cells. Thus storing water overcomes the problem.

Another problem faced by salt marsh plants is oxygen lack. To overcome this many plants develop aerial roots that grow like periscopes above the surface of the mud. The tolerance of salt concentrations, and of the length of time of inundation by the tide, varies from species to species and thus there is a characteristic division into zones (Fig 1).

In the mangrove swamps of Southeast Asia growing near to the sea are Sonneratia spp (Fig 2) with a wild array of aerial roots sprouting from both branches and trunks. The stands behind them are of Rhizophora spp, which have roots that lie just above or below the ground. Growing behind these are Bruguiera spp with their roots buried in the mud, leaving only small spikes jutting above the surface. The mangrove roots trap sediment that accumulates to form muddy banks; these present a new habitat to be colonized by more trees. In this way the stilted forest takes over the shoreline in a slow but sure march into the sea.

Some of the most characteristic animals of the mangrove forest are mudskippers (5, 6) tiny fish that can live out of water and walk across the mud. Millions of small fiddler crabs (Uca spp), each with one outsize claw, scuttle along the mud seeking refuge beneath it when the tide rises or danger threatens. The vast number of molluscs, crustaceans and fish live on the quantities of organic debris provide prey for monitor lizards (Varanus salvator), sea crocodiles (Crocodylus porosus) and various extremely venomous fast-swimming sea snakes such as the banded sea snake (Laticauda colubrine).

The mangrove snake (Boiga dendrophila) lives on birds that flock to the mangrove swamps to take fish and shellfish. These include the graceful fish eagles (Haliaeetus leucogaster) and the tall adjutant storks (Leptoptilos javanicus). Mammals include the long-tailed macaque (Macaca crus), which is also known as the crab-eating monkey. As their name suggests, the members of the clan spend their time on the mudflats watching for any crabs that disappear down their burrows. When the crab reappears it is skillfully grabbed, torn apart and devoured. Found exclusively in the mangroves of Borneo are the rare proboscis monkeys (Nasalis larvatus) (7), grotesque-looking creatures with large nasal appendages that hang over the mouths and chins of the male. Despite their appearance they are peaceful animals. They live in troops of 15 or 20 and feed on leaves of the Sonneratia caseolaris mangrove.

The salt marshes of the world, although not as dramatic in appearance as the mangrove swamps, are no less productive. Many of the estuaries and coastal marshes serve as nurseries for a wide variety of animals. Many fish and invertebrates lay their eggs in these sheltered regions and the newly hatched young are less vulnerable in the protective, shallow waters. The division of plant species into zones is also affected by the tidal range and reflects individual tolerances to salt concentrations and periods of covering by the tide. The lower reaches, which may be submerged at all times, may be colonized by eel grass (Zostera spp), which provides food for the Brent geese (Branta bernicla), or by meadows of turtle grass (Thalassia spp), the food of the green turtle (Chelonia mydas). Adjoining this zone are expanses of saltwort (Salicornia spp), or marsh cord grass (Spartinaem spp), which are tolerant to high salt concentrations. These provide detritus vegetation that feeds a multitude of molluscs, crustaceans and birds.

Farther towards firm ground is a general salt marsh community that is accustomed to the salt concentrations but not to prolonged immersion in seawater. The richest feeding grounds for visiting birds are those that are exposed for long periods each day. The open marsh provides food for wedge on and Brent geese and the maze of channels and pools crisscrossing the area yields food for opportunist feeders such as gulls and shelduck. The best adapted of all birds are the waders, such as the redshank.

The area of the Camargue in southern France is a patchwork of fresh and salt-water marshes adjoining the Mediterranean. A multitude of birds and flocks of greater flamingos present a dramatic spectacle among the less colorful species.