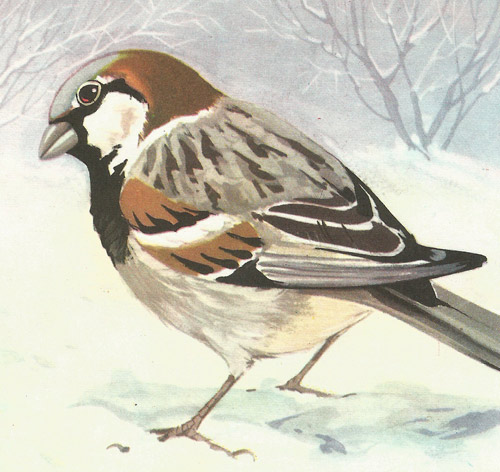 Fig 2. Different kinds of sparrow: The Italian sparrow is regarded as a sub-species of the house sparrow; the Spanish sparrow is a distinct species. 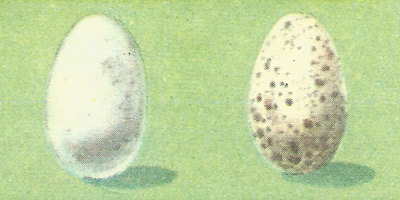 Fig 3. Eggs of the house sparrow. 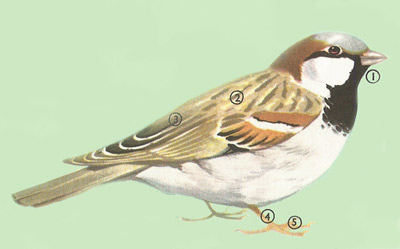 Fig 4. Labeled diagram of a sparrow.

Fig 6. How a lark and sparrow rise from the ground; the difference is quite noticable.

The sparrow is regarded as the most common example of the order of birds called the Passeriformes, often referred to as the 'passerine birds'; they are so called from the Latin word passer, which means sparrow. The passerines form the largest order of birds now living - in fact nearly half the birds in the world are passerines.

These relatives of the sparrow include such different birds as swallows, crows, and birds of paradise. Nearly alll the finest songsters, such as thrushes and nightingales, are passerines, and the habit of building beautifully made nests is more highly developed in this order of birds than in any other. The sparrow is not remarkable in any way; it is just the average passerine bird. But sparrows are interesting for this very reason.

House sparrows (Fig 1) live almost entirely in close association with man, not only around his farms and country dwellings, but even in towns and cities. How they lived in prehistoric times before man became civilised no one really knows; they must have been much less common than they are now.

The other species of sparrow found in Britain, the tree sparrow (Passer montanus), lives much more like an ordinary wild bird.. Its haunts are cultivated fields, hedges, and orchards, but you will not see it in farmyards or near inhabited houses, and almost never in a town.

You can recognise a tree sparrow by the markings on its head; the crown is chocolate-brown, the black patch on the throat is smaller than in the house sparrow, and there is a black spot on the white cheek-patch. This applies to both sexes, as the cock and hen bird are alike in this species. There is one very interesting thing about the tree sparrow: it has a much wider geographical range than the house sparrow, extending from Europe to China and the Far East, and in these far-off countries it lives in the same way as the house sparrow does in Europe, in towns and closely associated with man.

Sparrows are not migratory birds; they stay with us year round. They are able to do this because, unlike purely insectivorous birds (nearly all of which do migrate), they can find enough food to keep alive in the winter.

House sparrows nearly always make their nests close to buildings, or on or even in them. The eves of an old barn are often full of sparrows' nests,and a wall covered with ivy is a favorite place, too. They have one unpleasant habit: when house martins, little birds rather like swallows, make their domed nests of dried mud under the eves of our houses, the sparrows often rob them of their homes. As soon as the martins finish building the sparrows come and stuff grass and feathers into the nest and treat it as their own. The little martin is no match for a sparrow in a fight, and is forced to go and make another nest.

The sparrow's nest is an untidy mess and looks like a bundle of hay. However, it is snug inside, as the birds line it thickly with feathers. The main structure of grass and straw is domed, that is, roofed, and it has a hole in the side. The eggs are grayish-white, more less thickly spotted and blotched with darker gray (see Figure 3). Sparrows usually bring up three broods of young every year.

Tree sparrows in Britain generally nest in holes in trees in orchards and woodlands and their eggs are smaller and darker-colored than those of the house sparrow.

If we examine a house sparrow we find the following characteristics (Fig 4):

1. A thick, strong beak, which enables the bird to crush the hard seeds on which it feeds.
2. Inconspicuous plumage: brown, grey, black, and white. The male is distinguished from the female by having a grey cap, black-throat, and white cheeks.
3. Rather short but well-developed wings.
4. Legs of medium length.
5. Feet with four toes, three pointing forwards and one backwards, suitable for perching and hopping.


It is a small bird, about 5¾ in long, with an aggressive disposition, and very noisy, though it produces nothing that can be called a song.


Movement on the ground

The sparrow has a curious way of getting about; it does not walk like a chicken or crow, but hops along with its feet together. Most small birds hop, but starlings and larks run and walk (Fig 5).

Sparrows fly efficiently, though not very fast, and they do not rise steeply off the ground. They do not often fly great distances and they spend much of their time searching for food on the ground (Fig 6).

As we have noted, the sparrow's beak is short and thick, typical of seed-eating, or granivorous, birds (Fig 7); it lives largely on seeds, both those of agricultural crops and of weeds and grasses. In fact sparrows will eat almost anything, and they destroy great numbers of insects, especially when feeding their young.


Do sparrows do any harm?

It is difficult to say. There is no doubt that in agricultural districts sparrows live mainly on grain when the crops are ripe. On the other hand they destroy great quantities of insects too. In large numbers they are probably harmful, but moderate numbers of them can have very little effect on human economy.


Facts about the house sparrow