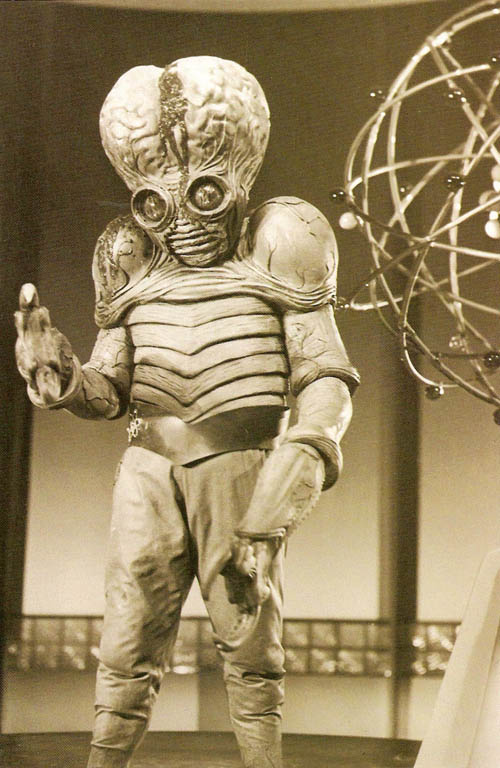 The mutant alien in This Island Earth.

This Island Earth is an excellent science fiction film, released in 1955 and based on a novel by Raymond F. Jones.

The story begins when the image of Exeter (Jeff Morrow), a huge-domed scientific genius from the planet Metaluna, appears on an experimental 3D television screen. Exeter invites several noted scientists from around the world to work on a top-secret project at Exeter's earthly mansion. Among those accepting the invitation are Cal Meacham (Rex Reason) and his ex-fiancee Ruth Adams (Faith Domergue). Soon, Cal and Ruth learn Exeter's true motives; to use the Earth's atomic knowhow in building a defense shield to protect Metaluna against the enemy planet Zahgon. Eventually, Exeter boards his high-tech flying saucer and whisks Cal and Ruth off to his dying planet, where, among other perils, they are menaced by a hideous mutant.