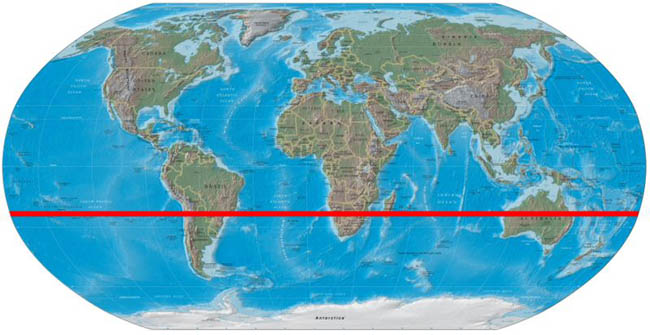 The Tropic of Capricorn is a line of latitude, currently 23° 26' 17" south of the Equator, which marks the southern boundary of the tropics. It indicates the farthest south position at which the Sun appears directly overhead at noon. The Sun is vertically overhead at the Tropic of Capricorn on December 21–22, the winter solstice in the Northern Hemisphere. The line is so-called because when it was named the Sun was, in its position in the sky, in the constellation Caricornus at the December solstice.