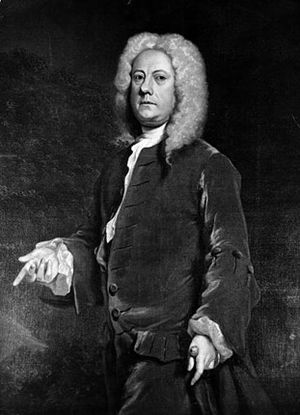 Jethro Tull was an English writer and agronomist, considered a pioeer of the Agricultural Revolution, who invented a horse-drawn drill around 1701. He promoted sowing seeds in rows rather than broadcasting (simply casting the seeds around), so that weeds could be controlled by hoeing regularly between the rows. For this purpose, he devised his seed drill, which could planted three rows at the same time. A blade cut a groove in the ground to receive the seed, and the soil was turned over to cover the sewn seed. A hopper distributed a regulated amount of seed. Because of the internal moving parts, it has been called the first agricultural machinery. Its rotary mechanism became part of all sowing devices that followed. Tull also invented a four-coultered plow to make vertical cuts in the soil before the plowshare.