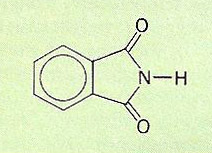 Thalidomide is a mild sedative introduced in the late 1950s and withdrawn a few years later on finding that it was responsible for congenital deformities in children born to mothers who took the drug. This was due to an effect on the embryo in early pregnancy, in particular causing defective limb bud formation. Thalidomide is still used to treat certain forms of leprosy (Hansen's disease) and Behçet's syndrome.