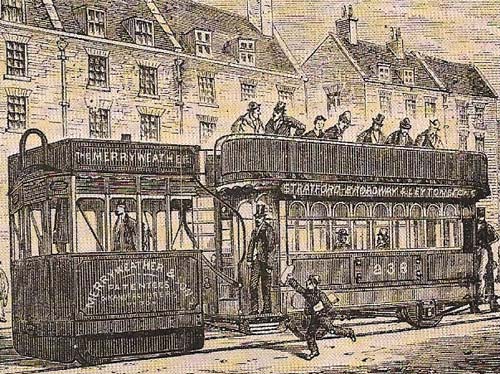 Fig 1. The first trams were pulled by steam "locomotives", generally with vertical boilers and side panels that totally enclosed the moving parts and wheels. This tram ran in East London in 1887. Its engine used a steam pressure of 100 lb per sq in and it burned about 9 kg (20 lb) of coal for an hour's working. Passengers rode in a non-powered trailer, with no weather protection for those on the upper deck. Other trams had compressed air engines. 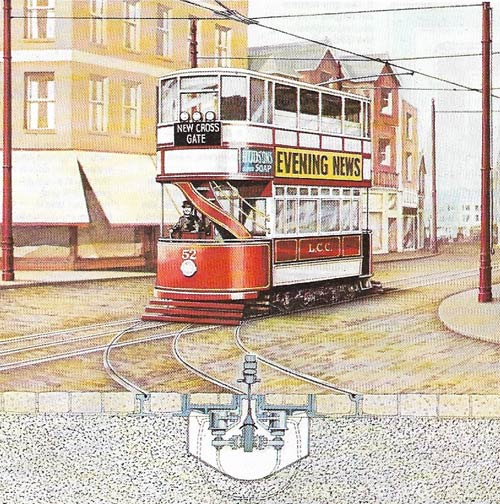 Fig 2. The electric tram provided the first cheap and reliable urban transport. It travelled along rails set flush with the surface in the center of the road along a track beside it. Current was collected either from a single overhead wire through a sprung pole that ran along the wire, through a bow-shaped collector or pantograph, or from the ground through a collector that slid along a conduit between the rails. The overhead wire formed one half of the circuit and the street rails completed it, whereas the conduit contain both positive and negative conductor rails. The trams often ran on separately powered bogies and they all had wooden scoops that prevented anyone from falling under the wheels of the vehicle. Both trams and trolleybuses made use of rheostat braking in which the motors act as brakes. 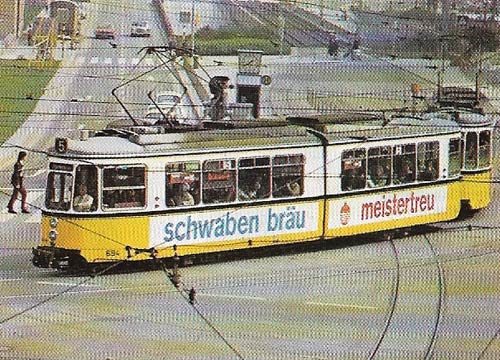 Fig 3. An articulated tram makes its way through the streets of Stuttgart in Germany. Modern tramways often couple cars together in this way and thus achieve a more economic method of operation. 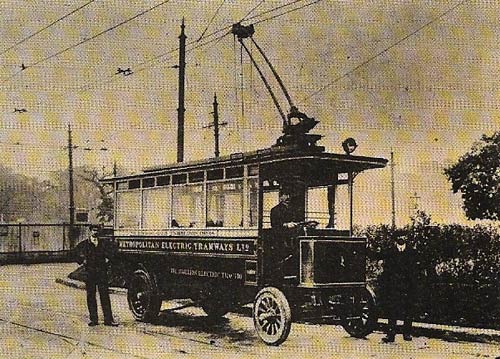 Fig 4. The first trolleybuses were introduced early in the twentieth century by the tramway companies. At first, current-collecting trolleys ran on top of a pair of overhead wires, but later ones contacted the conductors below them. 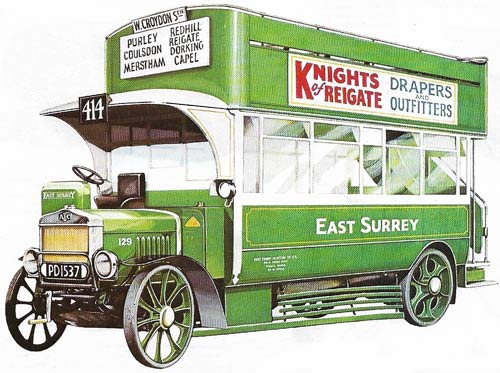 Fig 5. Motorbuses were introduced to the streets of Paris and London at the end of the nineteenth century. Their gasoline engines were noisy and smelly, but the new buses soon demonstrated their advantage over the tram – the ability to go anywhere served by road. This type of bus, the AEC PS-type, was developed after the end of World War I from the London General Omnibus Company K-series. 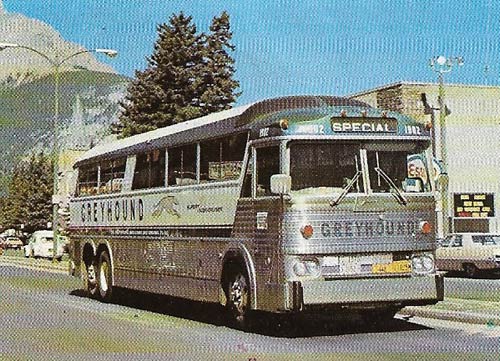 Fig 6. The Greyhound Bus network covers the whole of North America, its coaches providing a cheap and reliable means of inter-city transport. Passengers may spend several days and nights aboard.

Industrialization – the transformation of scattered cottage industries into centralized factories and offices – demands good commuter transport. In the early stages of industrialization people moved in from rural areas to live within walking distance of their places of work. But as the developing cities sprawled outwards an efficient system of passenger transport became necessary to feed industry its manpower.

The motor car is inefficient for such a purpose because it takes up far too much road space for the average number of passengers it carries and produces congestion. And it was invented too late to form the basis of a good system. Bicycles are a possible solution, but few people are willing to ride them in all weathers or over long distances. Systems of public transport are essential.

Cities in Europe and America began to grow large enough to need passenger transport systems in the early 1800s, when the only feasible source of motive power available was the horse. The horse-drawn bus might have seemed the obvious choice of vehicle, being a logical development of the stagecoach, but roads were in such poor condition in cities that coach-like vehicles gave a very uncomfortable ride. The first extensive transport systems used horse-drawn trams rather than buses because rail-borne vehicles not only carried people smoothly but also allowed a horse to pull twice as many passengers, because of easier rolling. Medieval miners transported minerals by pushing wheeled tubs along primitive rails made of wooden beams. The word tram reflects this origin, being derived from the Low German traam, meaning beam, although Americans use the more descriptive word "streetcar".


From tram to trolleybus

Trams and railways developed together. The first city tram network spread through New York in the 1830s, at the time when steam railways began to appear in Britain. Steam soon came to the tramway too and the first steam engine to pull a tram chugged its way around New York in 1837. Europe lagged some way behind – the first horse-drawn tram network did not open in Britain until 1860 and steam trams did not appear until 1872. Europe pioneered the next and most important development, however, with electric trams (Fig 2) in Berlin in 1881.

Coincident with the development of the electric tram came the trolleybus. By the first years of this century commercial systems were operating in Europe and the first English trolleybus routes operated in Leeds and Bradford in 1911. Trolleybuses had twin poles and overhead wires because the rubber wheels insulated the vehicles from the ground. (Trams needed only a single wire for current pick-up, the circuit being completed through the metal wheels and rails.) The first trolleybuses collected current through a trolley slung on the wires, hence their name, but the sprung poles used on trams were soon found to be more efficient.

The trolleybus was a silent and fume-free form of transport capable of fast acceleration and greater maneuverability than the tram. Trolleybus networks were built where a city did not want to afford the expense of laying rails for trams and they were often set up in the suburbs to feed the inner tram routes.

Both trams and trolleybuses had to contend with buses and found the competition more and more intense. Buses have a long history, the first horse-drawn vehicle being run in Paris by Blaise Pascal in 1662.

The name bus – from the Latin omnibus, meaning "for all" – appeared shortly before the introduction of the first horse-drawn bus into Britain in 1829. Steam buses soon followed, but the first motorbus – an elegant petrol-driven coach built in Germany by Benz – did not begin service until 1895, by which time trams were well established.

Compared with trams the early buses were small, noisy and smelly and the solid tires gave the passengers a bone-shaking ride. But buses soon improved and tramways began to decline. In the aftermath of World War II many disappeared as city councils decided to forgo the costs of re-equipping their tramways.

As motor traffic increased trams often impeded cars and severe congestion occurred, exacerbated by dewirements and power failures. Buses became more economic and were more flexible in routing than either trams or trolleybuses, and consequently have now almost entirely superseded them. Trams still operate in several European cities and trolleybuses are to be found in the USSR and Switzerland. In Britain trams still ply the streets only in Blackpool and the Isle of Man and all trolleybuses have disappeared, the last to go being those of Bradford in 1972.

Modern tram designs include articulated vehicles (Fig 3) of several interconnected coaches, but flexibility of design has always been a feature more typical of motorbuses. The descendants of the elegant many-doored, open-air touring charabancs of the 1920s are the luxurious air-conditioned, toilet-carrying, reclining-seated, long-distance coaches of today. The old "any-more-fares" city bus is giving way to the pay-as-you-enter, turnstiled bus with few seats, and a large standing area. And minibuses and dial-a-bus services now carry passengers on less busy routes.