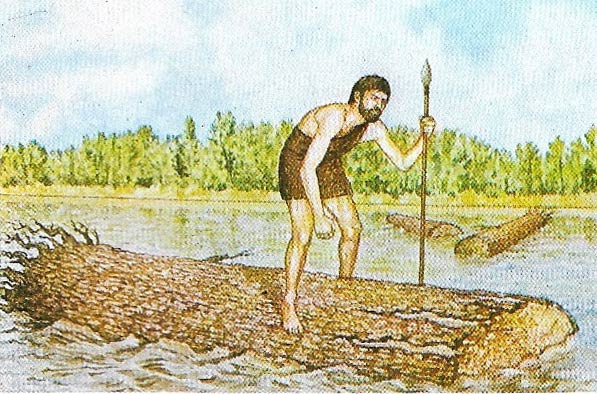 Fig 1. Tree trunks were probably man's earliest vehicles. More than 20,000 years ago he began to use wood and other materials to make rafts and the precursors of the later kayaks, coracles, and canoes. 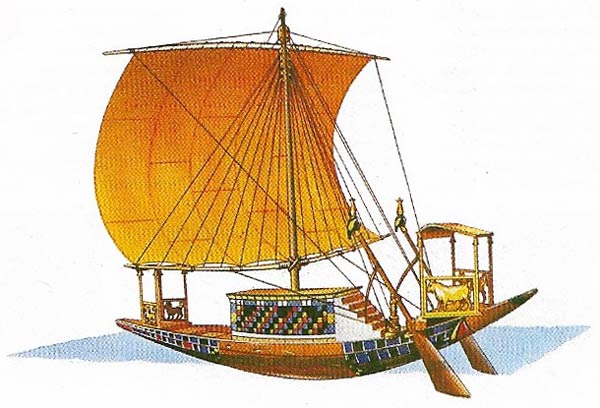 Fig 2. Egyptian ships date from c. 2500BC. The broad, spoon-shaped hull was made from acacia, a tree yielding only short irregular timbers. The ship was steered by two oars on each side of the stern.

Fig 3. The chariot is illustrated on one of the tombs at Thebes (c. 1500 BC). Although the Egyptians never perfected the harness, they used many horse-drawn vehicles with wheels of spoked constructon. 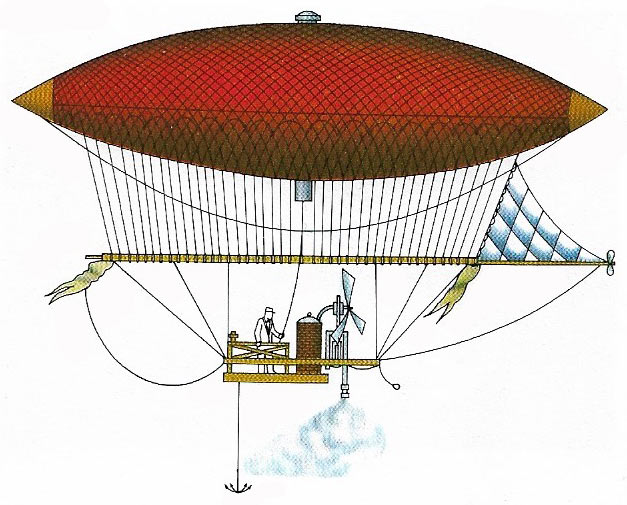 Fig 4. Henri Giffard's airship could sustain an airspeed of 8 km/h (5 mph) on its steam-driven propeller. In 1852 Giffard navigated it from Paris to Trappes, making the first powered crossi-country flight. Progress was delayed by lack of good engines. 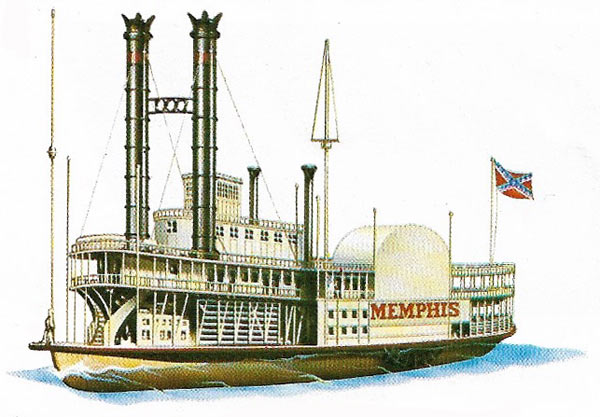 Fig 5. This river boat typifies hundreds that served US southern states in the nineteenth century. Paddle-driven, often with a stern wheel, they had shallow draught and yet could carry heavy loads.

Fig 6. The hydrofoil of V. Grunberg ran in 1934. Driven by tandem air propellers, it had two forward floats and a central submerged foil, which was adjusted automatically. It was 30 years before the modern foil. 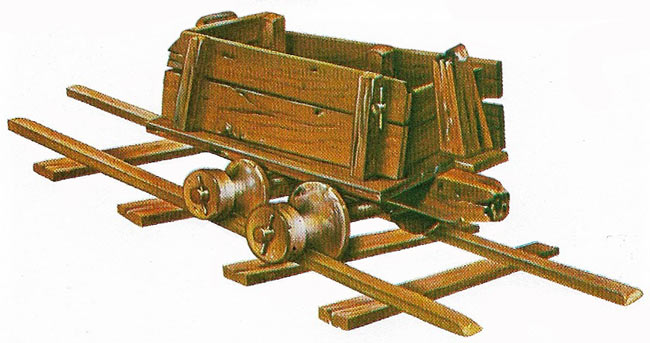 Fig 7. This wooden tramway truck ran on wooden track in a German mine (c. 1510) and is probably typical of an early form of railway transport vehicle. By 1670 wagons had flanged iron wheels. 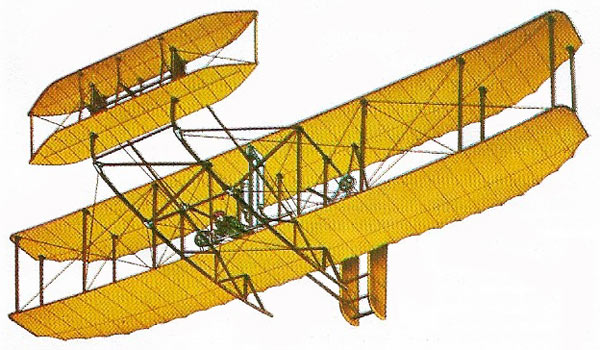 Fig 8. The Wright Flyer III was an improved version of the first airplane to make a successful flight. The Wright brothers (earned how to control a glider, and then added a lightweight gasoline engine.

Fig 9. Paul Cornu, the French inventor, made the first heavier-tha-air machine to take off vertically in free flight. Tethered to the ground by a rope, his primitive helicopter rose 1.5 m (5 ft) on 13 November 1907, but lacked stability.

Transport is arguably the oldest human technology, predating both house building and agriculture. There is no reason to doubt that prehistoric men and women carried burdens in their hands, on their backs, and on their heads, and the use of specially constructed litters, sleds, and rollers for transport may also be much older than the generally accepted date of about 10,000 years ago.

The oldest artefacts that could be described as transport vehicles were crude boats of prehistoric times; man progressed to the dug-out canoe about 20,000 years ago. At the same time members of early civilizations in many parts of the world must have developed ways of building rafts of local materials.

Rafts are still made in more or less the same way, using bundles of reeds, logs, grasses, and other material, sometimes with added flotation from skin bags or sea-kelp bladders. From the raft, many peoples progressed to making boats with built-up hulls, sometimes using a framework covered by skins or bark (eucalyptus bark was the favorite in the countries of Australasia).

About 5,000 years ago canals were being constructed, at first to link close river channels and eventually to carry people and supplies over considerable distances. In much more recent times canals were dug throughout Britain and much of western Europe as primary transport routes, largely because of the inadequacy of roads. From 1770 to 1840 canals were almost unchallenged in these areas as the means for the slow but cheap transport of a rapidly growing volume of manufactured goods.

One great advantage of the canal was its ability to move very heavy loads for a minimal expenditure of energy. Compared with the canal barge, no land vehicle could move such loads until the coming of railways.

The first crude railways were used for commercial rather than private or passenger transport. Metal rails had been used in local works such as mines (Fig 7) since medieval times, but by about 1800 their use began to spread. By 1830 it had been realized that a uniform kind of track should be adopted and the two-rail system was introduced with smooth steel rails at agreed spacings and with flanges on the inner edges of the wheels.

Like a canal, a railway could carry heavy loads with minimal resistance to motion. Competition between the two forms of transport in many regions was intense, railways usually enjoying an advantage because of the ease of extension (branches and spurs could be built to serve almost every town) and because they were unrivalled in hilly areas. At the same time progress was made in the design and construction of rads, which in Europe until 1800 had been inferior to the roads built by the Romans.

In theory roads have always had an advantage over railways because of greater flexibility. They cost less to build, which means that a national road network can serve almost every factory and house. They can carry a wide range of vehicles up and down steep gradients. On the other hand, the resistance to motion is much greater than on a railway because the resistance of wheeled vehicles is dependent on the intensity of loading where the wheels meet the fixed surface. With a railway this intensity is high and the surface smooth and regular. With a road the intensity is low and until quite recently the surface was irregular. Until late in the nineteenth century roads were marred by ruts, bumps, and potholes, which not only slowed vehicles but often caused damage and even serious accidents. In many places it was accepted procedure to take coaches or goods carts to pieces and use teams of men to carry them over the worst sections of road surface.

All the earliest forms of propulsion had relied on natural forces such as wind and river currents or muscle power. By the early years of the nineteenth century, mechanical power was being applied to move vehicles – at first steam engines in railway locomotives and ships. Then mechanically propelled road vehicles gained importance with the advent of the internal combustion engine after 1885. Motor cars multiplied in an amazing way, as did those convenient muscle-driven vehicles, bicycles. A key innovation with both of them was the introduction of pneumatic tires. The replacement of the horse and horse-drawn carriage by the rubber-tired car forced governments to build smooth, all-weather roads both within and between cities.

Today's rail and road systems are more complex and many have automatic traffic-control systems involving computers, electronic communication and display systems, as well as methods for dealing instantly with sudden demands or emergencies.

There have also been several revolutions in marine transport. At one time merchant ships had to be equipped to fight off pirates. By 1800 many kinds of true cargo vessels were built and for 100 years they monopolized intercontinental transport.

The newest form of transport, the airplane (Fig 8), swiftly supplanted the ship as the vehicle for long passenger journeys, while economies of scale led to a starting growth in the size of oil tankers, bulk carriers and other cargo ships. The pressure on shipping lines to reduce journey time has also been relieved because over short distances hydrofoils (Fig 6) and hovercraft travel four times faster.