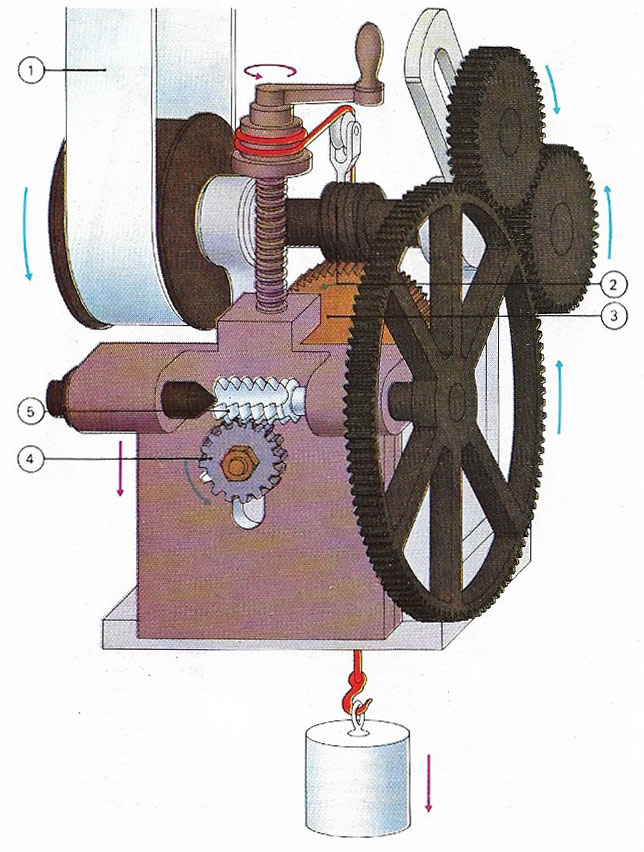 Joseph Whitworth's gear-cutting machine of 1835 contains a belt and pulley (1) driving a worm gear (2) which, by engaging a cogwheel (3), turns the gear that is being machined (4). The same drive shaft turns a cogwheel meshed with a second cog and aa large wheel that truns the millling cutter (5). The cutter is mounted in a block that is lowered by means of the screw and counterweight until the gear is fully cut.

Joseph Whitworth was a British engineer, metallurgist, and philanthropist who brought radically improved accuracy to the manufacture of machine tools and who invented the Whitworth rifle, used by the British Army in the late 1860s and 1870s, which had a hexagonal barrel. After studying engineering in Manchester he went to London, where he invented a technique for making perfectly flat metal surfaces. He returned to Manchester, where he produced extremely accurate machine tools. A system of threads for nuts and bolts is named after him.