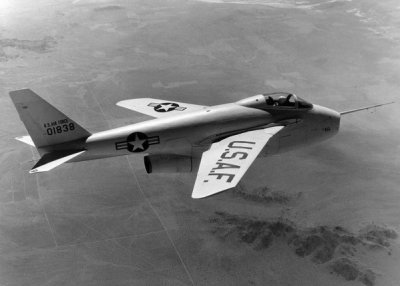 X-5 was a single-seat plane, powered by an Allison J-35-A-17A jet engine, which was the first aircraft capable of sweeping its wings in flight. The Bell X-5 helped provide data about wing-sweep at angles of up to 60° at subsonic and transonic speeds.

There were two X-5 vehicles. Ship 1 was flown at the NACA High-Speed Flight Research Station (High-Speed Flight Station, as it was redesignated in 1954) from 1951 to 1955. Ship 2 was operated by Bell and the U.S. Air Force and was lost in a spin accident in 1953.

Following the conclusion of the contractor's test program, the X-5 was grounded for installation of a NACA instrument package. The Air Force conducted a short, six-flight, evaluation program. Since the Air Force evaluation program included data collection, it was considered as part of the overall NACA effort and flights were logged as AF/NACA. In the NACA test program, the X-5 demonstrated severe stall-spin instability. The X-5 was also used as a chase plane for other research aircraft because it could vary its flying characteristics to suit the airplane it was chasing.

Ship 1 flew a total of 133 flights during its three years of service. In spite of the problems with the aircraft, the X-5 provided a significant full-scale verification of NACA wind-tunnel predictions for reduced drag and improved performance that resulted from this configuration's increasing the wing sweep as the speed of the aircraft approached the speed of sound. The X-5 flight tests provided some of the design data for the Air Force F-111 and Navy F-14 tactical aircraft. Although the mechanism by which the X-5 changed its wing sweep made this particular design impractical, development of a viable variable-sweep aircraft had to await Langley Aeronautical Laboratory's concept of an outboard wing pivot in the mid-1950s.