United States: opening up of the West 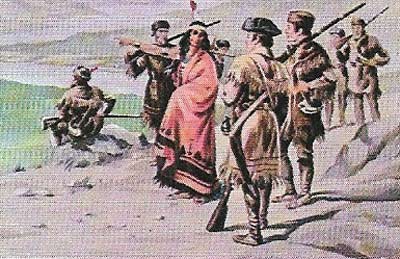 Fig 1. Lewis and Clark set out up the Missouri River, crossed the Rockies with the aid of Sacagawea, a young Shoshone, and reached the Pacific in their 1804-1806 expedition to map the vast American heartland acquired from France in the Louisiana Purchase. The maps and drawings they made served both to establish American claims to the area and to encourage pioneers, although they failed to find the hoped-for portage route. 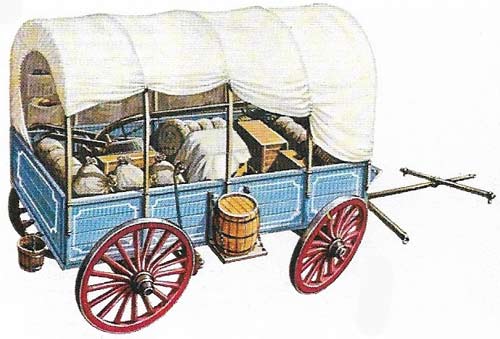 Fig 2. Covered wagons were the main vehicles used for long-distance travel by settlers penetrating the West. Wagon trains often consisted of more than 100 canvas-draped wood-framed "prairie schooners", which were usually drawn by from two to six yokes of oxen. A journey of migration up the Oregon Trail could take six months or more. Wagons crossed the central Rockies before turning north to reach Portland. Caravans would form in towns on the Missouri and Mississippi. Seeking safely in numbers to cross dangerous territory, groups would elect leaders to consult with hired scouts about route and to settle any disputes. 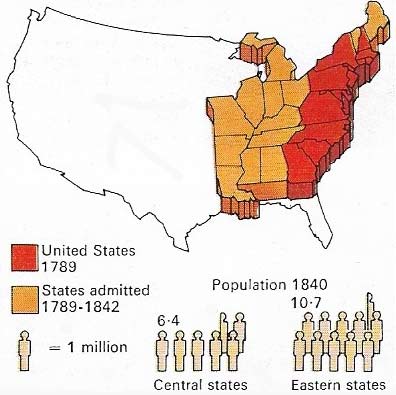 Fig 3. By 1842 the westward movement was well under way, opening up the fine farmlands of the new states. Meanwhile, a steady stream of European immigrants, particularly from Britain and Germany, converged on the northeast. 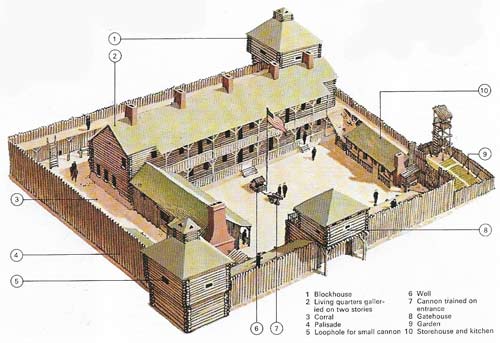 Fig 4. Forts were built along commonly traversed pioneer routes such as the Oregon Trail to protect travellers and scattered communities and provide refuge in the event of attack by native Americans. Some forts, such as Hall and Bridger, had begun as trading posts; other, such as Fort Yuma on the southeast edge of the Rockies, became posting stations for mail routes. Manned by US Cavalry, the forts were rectangular enclosures up to 150 m (550 ft) long with timber walls up to 5 m (18 ft) high. Plank walks for sentries and combat positions were placed 1.2 m (4 ft) from the top with loopholes offering protected firing positions. Two block-houses, at diagonally opposite corners, provided the main defence. Some forts became centers of thriving communities in the West as time passed. 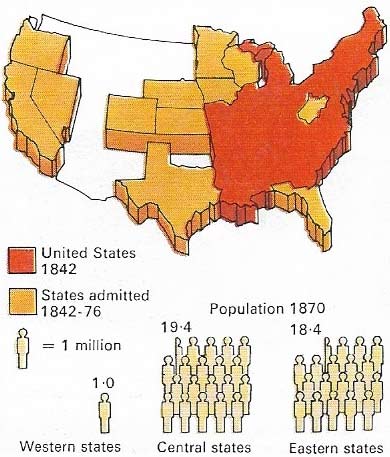 Fig 5. By 1876 Florida, the central and far western states had joined the Union as the spread of railroads allowed for more concentrated settlement. California, acquired in 1848, had achieved statehood toe years later as the 1849 gold rush swelled its population to well over the 60,000 minimum required. At the same time rapid immigration continued from Europe (more than six million from 1840 to 1870), many of whom had fled from the Irish famine. 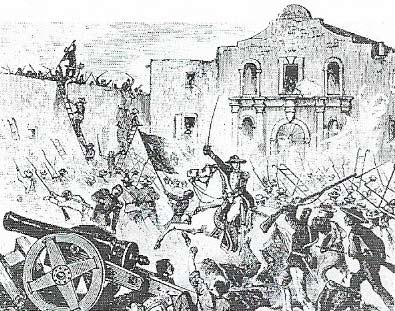 Fig 6. The Alamo, an old Spanish chapel in San Antonio, was the fortress in which about 150 Texans, rebelling against Mexican rule, held out for nearly two weeks in 1836 until all but two women and two children were killed. The Texans made good their independence later that year. 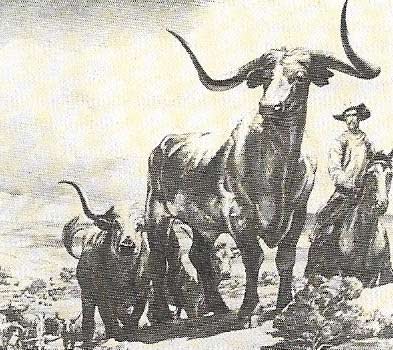 Fig 8. Native American land cessions were integral to westward expansion. The Proclamation Line of 1763 protecting Indian hunting between the Alleghenies and the Mississippi was soon passed by land speculators (A). After independence, treaties with native Americans pushed them farther and farther west. By 1890 no native American titles to land were left and the native population had been largely confined to reservations on poor land (B) or goaded to resistance and suppressed in the many Indian wars. A major campaign, in which General Custer was killed in 1876, followed a Sioux uprising led by chief Sitting Bull (C) who attacked US Cavalry invading his hunting grounds. 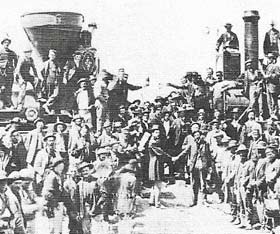 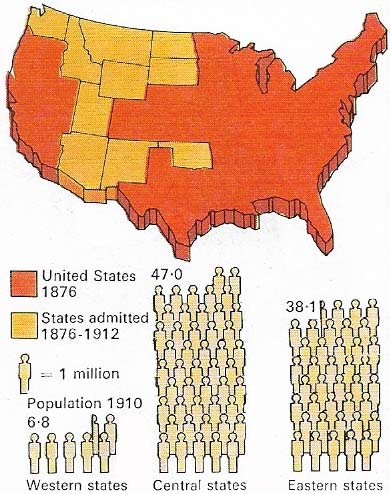 Fig 10. By 1912 the American frontier, which had been so central a feature in the life of the nation, had ceased to exist and the country had turned from territorial expansion to concentrated industrial and agricultural production, as the mineral deposits of the West stimulated the growth of new towns. Meanwhile, European immigration to the teeming cities of the eastern states reached a record figure of 5.2 million on the decade 1880-1890. By 1910 the total population was 91,972,266. 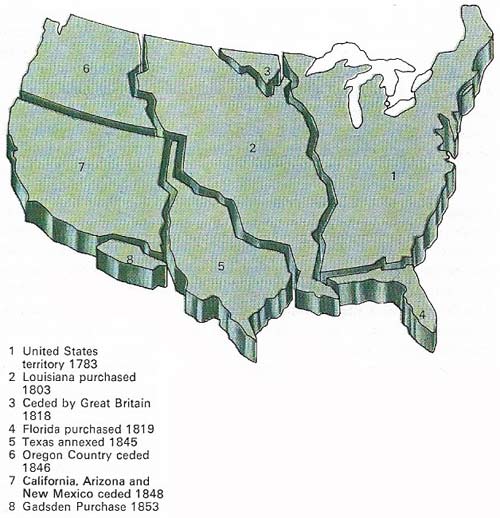 Fig 11. By annexation, war, purchase or treaty, the United States increased its territory to include the whole subcontinental expanse in the space of 90 years between 1763 and 1853. In so doing, it prevented a resurgence of British or French influence and gave effect to the Monroe Doctrine of 1823 that America was no territory for colonization by any other power.

During the first half of the nineteenth century, the United States grew from a small cluster of 13 states huddled against the Atlantic coast into one of the largest nations on Earth, extending from the shores of the Atlantic to the shores of the Pacific, and from Canada in the north to Mexico and the Gulf of Mexico in the south (Fig 11).

The opening of the West began as a scattered penetration by hunters and explorers into the areas immediately adjacent to the coastal settlements. Even before the Revolution, men such as Daniel Boone (1734–1820), who crossed the Appalachians to scout out Kentucky, blazed trails through unknown regions. They and their successors drifted into the Shenandoah valley, the Alleghenies and the wooded wilds of Vermont. Probing ever deeper inland, frontiersmen reached the River Mississippi, the western limit of the territory won from Britain in the revolution.

Settlers followed, venturing westwards in search of land, livelihood and living space. Their numbers were swelled by migrants from Europe who, in addition, sought religious and political freedom. The settlers – their lives often imperiled by the Indians whose land they were appropriating – dotted the new areas with cabins, forts (Fig 4), communities, then towns. Gradually the western territories took shape.

To avoid a land scramble among the states Congress promulgated its precedent-setting North-West Ordinance of 1787. This was designed to promote an orderly development of self-government in the newly settled regions. Each "territory" was empowered to elect a legislature when its free male population reached a total of 5,000 and to claim statehood when its population had increased to the figure of 60,000.


From sea to shining sea

In 1803, the United States, barely two decades old, doubled in area. Napoleon, embroiled in a war with Britain, sold the vast Louisiana territory – extending from the Mississippi to the Rocky Mountains and from Canada to the Gulf of Mexico – to the American government for 15 million dollars. President Thomas Jefferson (1743–1826) immediately dispatched Meriwether Lewis (1774–1809) and William Clark (1770–1838) to explore this enormous acquisition (Fig 1), as well as the Oregon territory to the west. The prospect of a nation's extending "from sea to shining sea" began at last to materialize.

Pioneers penetrated beyond the Mississippi in ever-growing numbers. Among them were resourceful, independent, nomadic hunters who chose to make the western wilderness their home. Known as "mountain men", they ranged far and wide through the West, often acting as intermediaries between the Indians and white settlers and officials. They also served as scouts for the wagon trains of settlers who had to make long, hazardous journeys across Indian territory to lush, fertile valleys in the Far West (Fig 2).

To the south, thousands of Americans settled in the Mexican province of Texas. Refusing to accept Mexican authority, they rebelled in 1835 (Fig 6), setting up a provisional government. This paved the way for the American annexation of Texas a decade later and the Mexican War (1846–1848), as a result of which the United States acquired vast areas of territory including New Mexico, Arizona and California.

Few events provided greater impetus for the opening up of the West than the discovery of gold in the Sacramento valley in 1848, Tens of thousands scurried to California to seek their fortunes, and communities sprang up overnight.

Impelled by different objectives, 148 Mormons had branched southwestwards from the Oregon Trail in 1847 to claim the inhospitable area around the Great Salt Lake. There they sought a sanctuary to practice their newly founded faith without harassment. They transformed the stark Utah territory into flourishing communities by modern irrigation methods.

Sporadic settlement had left large areas thinly populated. In order to attract settlers to the Great Plains, Congress passed the Homestead Act of 1862, promising farmers free land for' cultivation. Within five years of this significant event the settlement of the American heartland was well under way (Fig 5).

The relentless westward expansion was a disaster for the native American peoples (Fig 8). The 1830 Indian Removal Bill (authorizing removal of eastern Indians to locations west of the Mississippi) merely confirmed the right of settlers to dispossess Indians wherever they found them, including the regions beyond the Mississippi. Some tribes, notably the Creeks, Comanches, Apaches and Sioux, resisted the invasion, terrorizing isolated communities, attacking wagon trains and battling with the US Cavalry. Outnumbered and outgunned, they were swept aside, slaughtered or pressed back.

Tribes were sometimes induced to cede their land for territory farther west – from which, later on, they were also expelled. They were relegated to reservations, and farmers, cattlemen (Fig 7) and miners moved in.

The coming of the railways sharply accelerated westward flow and settlement. In 1869 the first transcontinental rail link was completed (Fig 9) and the West's open spaces became significantly less remote. The frontier had passed into history and legend (Fig 10).