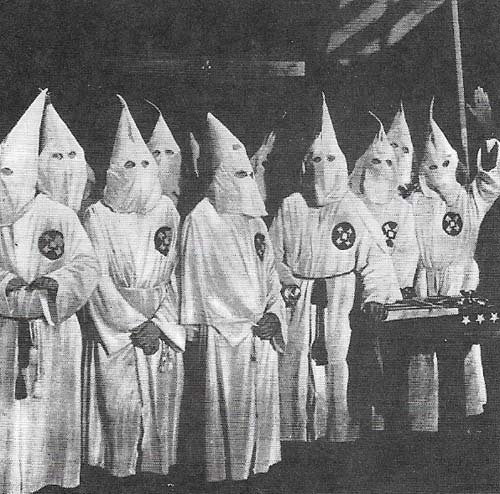 Fig 1. Members of the Ku-Klux-Klan, hooded and robed, hold elaborate initiation ceremonies. The society was originally organized by former Confederate soldiers in 1866 at Pulaski, Tennessee, to maintain white supremacy in the Southern states after emancipation of black slaves had been confirmed by the defeat of the South in the Civil War. The Klan attracted many recruits to its ranks but its night-riding vigilante violence against blacks and northerners led to its dissolution in 1869. When it was revived in 1915 its anti-black policies were supplemented by anti-Catholic, anti-Jewish, and anti-alien emphasis. 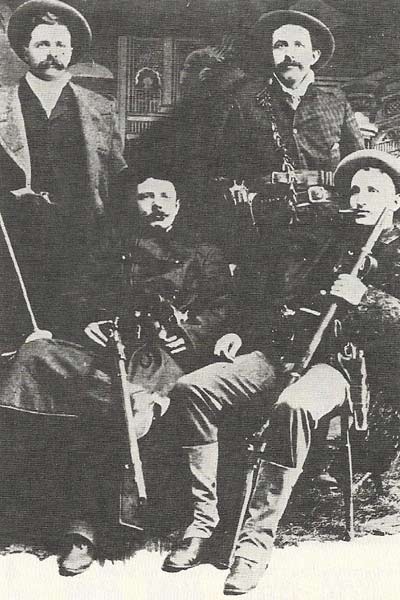 Fig 2. In the unsettled years after the Civil War, bands of outlaws roamed across the central states. One of the best-known figures was Jesse James (1847-1882), here seated front left. He led a gang of bank and train robbers that included his brother Frank (front right) and four brothers of the Younger family - Coleman (rear left), James, Robert (rear right) and John. Jesse and Coleman had been members of Quantrill's Raiders – a band of Confederate mounted guerrillas – and they had no respect for Northern-controlled banks and railways. The James-Younger gang left a blood-soaked trail of robberies across the Midwest. After John Younger was shot dead in a bank raid his brothers were captured and imprisoned. Badly shaken, the James brothers went into hiding. Three years later they went back to robbing trains. In 1882 Jesse was killed by Robert Ford, a new member of his gang who was tempted by the $10,000 reward. 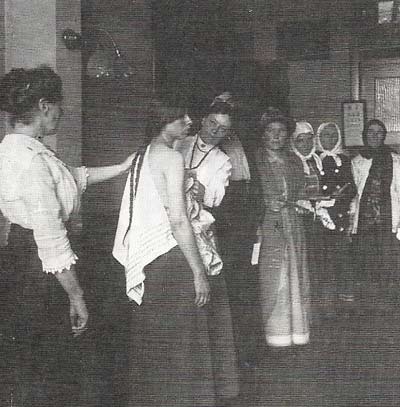 Fig 3. Heath checks were largely superficial for the more than 20 million immigrants who settled in the USA between the Civil War and World War I. At first they came mainly from Britain, Germany and Scandinavia, and later mostly from southern and Eastern Europe, seeking religious or political freedom or escape from poverty. They formed German-American, Scandinavian-American and other intermixed ethnic islands in Great Plains agricultural regions; or they mined the natural resources, chopped down the forests and laid the rail tracks for the burgeoning American economy. By 1920 one out of every eight American citizens was of foreign birth. 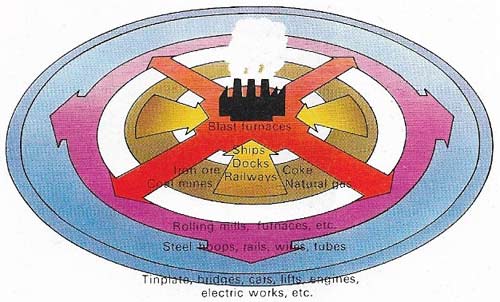 Fig 4. The United States Steel Corporation, founded in 1901, was the first of the giant "vertical" American companies that dominated the entire process of production and distribution through ownership of raw material sources and means of transport. It gained control of smaller firms and integrated then into massive, profitable, corporate structures that were capable of eliminating competition, fixing prices and manipulating markets. 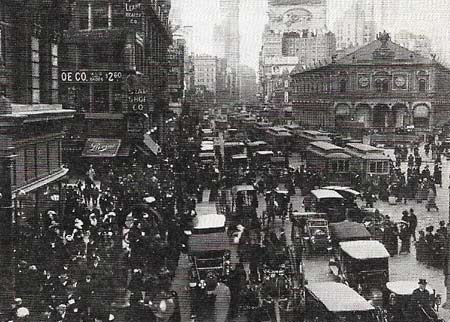 Fig 5. New York 1911 had a population of almost four million and was already a sprawling metropolis. It was a major cultural and business center, threaded together by a network of streetcar and subway lines, tunnels and bridges. Extremes of rich and poor were seen in the contrast between the elegant mansions of "Millionaires' Row" and the grim immigrant slums. The automobile industry rapidly expanded about this time, as the number of cars here, in Herald Square, indicates. 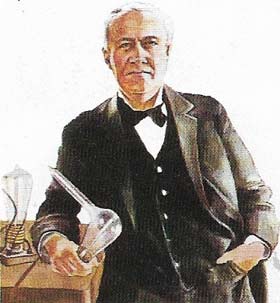 Fig 6. Thomas Alva Edison (1847–1931) became America's most prolific inventor. His formal education amounted to three month's schooling at the age of seven. Edison is credited with inventing the phonograph, automatic telegraph receiver and the first commercially viable incandescent lamp. He had over 1,000 patents and amongst them was the world's first plant for distributing electric power for lighting to a surrounding area, built in New York City, 1882. 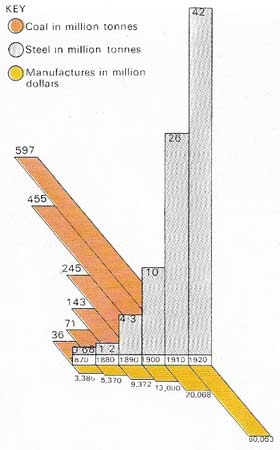 Fig 7. Coal and steel production increased phenomenally in the closing decades of the 1800s and the opening years of the 1900s to feed the American industrial boom. Augmented by substantial quantities of other important minerals such as copper. Aluminum, lead, zinc and tin, the groundwork was laid for the major industries that are now the pillars of the US economy. In 1860 the North already had a huge lead over the South in industrialisation with, for example, more than 80% of the country's factories; the South was slow to recover from the ravages of the Civil War and so industrial growth was at first confined almost entirely to the North.

The United States developed from a predominantly rural nation at the end of its Civil War (1861–1865) into the world's largest and wealthiest urban industrial power by the time of its entry into World War I (1917). Among the key factors responsible for this major transformation were a huge population increase; discovery and exploitation of enormous supplies of mineral resources; consolidation of the settlement of the Great Plains and most of America's vast western hinterland; and the sprouting of far-flung railway networks to service industrial, agricultural and population growth.


Problems of the South

America's development during this period was blighted by serious problems. Reconstruction of the defeated and devastated South after the Civil War (Fig 2) was retarded by residual North-South hostility. Northern military units policed Southern states to suppress lingering vestiges of rebellion. Carpetbaggers (northerners who migrated southward for opportunistic or idealistic reasons) sought to govern and control sections of the ravaged South aggravating Southern animosity.

In the rest of the country, however, industrial development was rapid. Rich coal veins were worked along the Appalachian mountain spine and in the Monongahela, Ohio and Allegheny valleys. Vast deposits of iron ore were mined in the Great Lakes region. Copper, lead and other minerals were discovered and hungrily tapped (Key), as was oil.

Industrial growth was further intensified by a host of inventions (Fig 6) including commercially viable electric lighting, the telephone and rubber vulcanizing. The mechanization of agriculture through the invention of the reaper, thresher, mechanical harvester and other farm machinery enabled farmers to expand land cultivation. Between 1860 and 1910 farm acreage more than doubled and farm production more than trebled. Cattle kingdoms flourished on a wide stretch of open range from Texas to Montana.

A complex of railway networks reached out across the country linking industry, agriculture and their respective markets. By 1900, 310,000 km (193,000 miles) of track criss-crossed the United States – more than in all of Europe at that time. By 1916 the figure was 425,000 km (250,000 miles). The rapid pace of development lent itself to the activities of aggressive entrepreneurs. Men such as Scottish-born Andrew Carnegie (1835–1919), instrumental in consolidating the American steel industry, and John D. Rockefeller (1839–1937) who concentrated on oil, built personal fortunes through huge companies that could over-whelm competition, fix prices and benefit from large-scale marketing and speculation beyond the resources of smaller firms.

The giant companies (Fig 4) played a major role in the surge in America's gross national product, which rose from $7,000 million in 1870 to $91,000 million in 1920, despite economic fluctuations. The country's pool of labor, provided by a rapidly growing population, seemed bottomless. The number of Americans grew from 40 million in 1870 to 92 million in 1910. A flood of immigrants Fig (3) from Europe throughout the period contributed substantially to this increase and amounted to almost one million a year between 1900 and 1910.

Housing was frequently inadequate in congested urban centers, wages were low and poverty widespread. These conditions gave rise to the American trade union movement. The Knights of Labor, founded in 1869, was superseded by the American Federation of Labor, founded in 1886, which was to become a potent industrial and political force. Similar action was needed in the rural sector to combat the damaging aspects of the rapid growth of agriculture – over-production, soil exhaustion, droughts, dust storms and railways that offered bargain rates to favored clients. Farmers formed protective associations, known as Granges, that became the basis for the Populist movement and for the success in promoting legislation to further farmers' interests.

A burgeoning campaign against social injustice established a tradition of investigative journalism. The novels of Theodore Dreiser (1871–1945) and Frank Norris (1870–1902) described the often unsavory machinations of big business. New laws limited the length of the working day, regulated railway rates and prohibited the sale of "deleterious" foods and medicines. President Theodore Roosevelt (1858–1919) put an end to the indiscriminate exploitation of America's natural resources.

The country was already looking outside itself. Aroused by sensational press reports of the brutal suppression of a Cuban revolt against Spanish rule, and provoked by the sinking of the USS Maine by a mine in Havana harbor, the United States took up arms against Spain in 1898. It emerged victorious from the Spanish-American War in less than three months; Cuba was freed from Spanish rule and became independent. A more far-reaching consequence from the American point of view was that the United States, by annexing the Philippines, Guam and Puerto Rico, became a colonial power. By 1900 the United States was an economic giant; by 1914 she had become a fully fledged international power.

opening up of the West