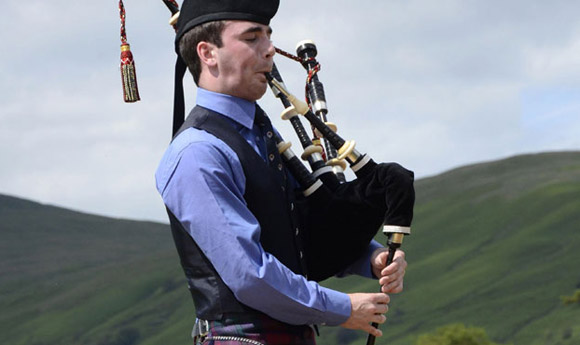 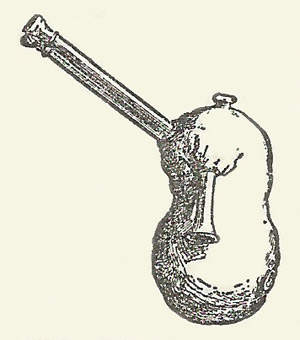 The principle of the bagpipes is straightforward: instead of the player blowing directly on a reed pipe, the air is supplied from a reservoir, usually made of animal skin, which is inflated either by mouth or by bellows. The result is the ability to produce a continuous tone, and the possibility of adding extra reed-pipes to enable a single player to make homophonic music. The compass of nearly all bagpipes is limited to one octave but on some types a second octave can be obtained.


History of the bagpipes

The early history of bagpipes is obscure, although forms of it have existed for at least 3,000 years. Because they were made of perishable materials, no early examples survive, and as they have been regarded in recent years as something of a peasant instrument they have not been much documented (except for the Scottish Great Highland bagpipe, which is just one of the wide range and by no means the earliest).

Playing a melody against a drone, and achieving a continuous tone by circular breathing, have been common among reed-pipe players for millennia; so plugging the reed-pipes into a bag was a logical development. Bagpipes can be seen in the art of the Middle Ages, and there is evidence that they were in use at least 1,000 years before that.

The basic components of a bagpipe are: