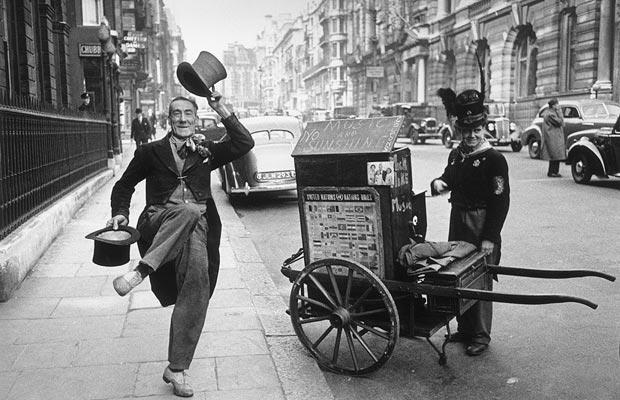 On the face of it, barrels and music would seem unlikely bedfellows. Their alliance, however, goes back at least to the ninth century, when the first detailed description of a barrel organ appeared in an Arab treatise.


Mechanics of the barrel organ

The mechanical principle underlying all such instruments, from the automated organ and piano to the spectacular mechanical orchestras of the nineteenth century, for which Beethoven composed his notorious Battle Symphony, is the same. At its heart is a revolving cylinder or barrel, placed horizontally and bearing brass or steel pins which open (or trigger the opening) of the required pipes or keys. These are activated by puffs or currents of air provided by bellows, which are operated by the same motion that turns the barrel. The simplest of these are the little hand-cranked 'lap' organs used in the eighteenth century to teach canaries melodies. These of course produced only unaccompanied melodic lines.

From the sixteenth century onwards, barrels were widely used for mechanical organs and musical clocks, and many were powered by a waterwheel. Such instruments were often found in the more affluent gardens of Italy and Austria. Other organs were propelled by weight-driven clockwork.

In Tudor England there were barrel-operated virginals, and in 1687 a combined organ-and-spinet was invented with 16 pipes and 16 strings, all within a single clock. In 1736, George Frideric Handel (1685-1759) wrote and arranged numerous pieces for a clock that played both bells and organ pipes. In 1790 Mozart composed a great masterpiece expressly for a form of barrel organ. Hand-cranked barrel pianos first appeared in Italy in the late 18th century. Initially small, but by the 1880s resembling an upright piano and placed on a two-wheeled cart, they were made and played almost exclusively by Italians, until Mussolini banned all street music in 1922.

With one important exception, barrel organs and other related instruments were used mostly domestic entertainment. In 18th-century England, however, they served a purpose both practical and spiritual, providing psalm and hymn tunes, chants and voluntaries in churches and chapels throughout the land, effectively sidelining the parish organist for the best part of 200 years. The ordinary street organ joined the urban landscape at the beginning of the 19th century, flourishing in the streets of London and other English towns until the outbreak of the First World War.

Many of the grander barrel organs disgorged numerous overtures, symphonic movements, selections from operas, sets of waltzes and other music. One of these had a formative influences on the child Piotr Illyich Tchaikovsky (1840–93).

In 1825, Clementi in London produced a machine that marked a new chapter in the story of the piano, though its full import was not perceived at the time, 'This curious instrument,' wrote one critic, 'furnished with a horizontal cylinder, and put into motion by a steel spring, performs without external force or manual operation, the most difficult and intricate compositions.' For amateur piano players, the writing was on the wall.