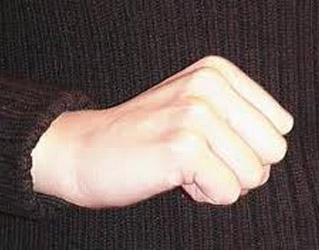 The hand sign for Do (pitch of C) in solfege. 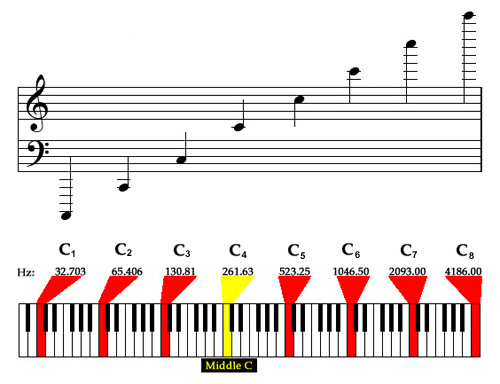 The notes of C in different octaves on the stave, in scientific pitch notation, and on a standard piano keyboard, with frequencies shown in hertz.

C is one of the notes in the diatonic scale; it is the first note (tonic) in the C major scale. In fixed-Do solfege, the note C is always called Do.

Middle C (C4) is the C nearest to the middle of a standard 88-key piano keyboard; it has a frequency of 261.621 Hz (cycles per second), based on a reference frequency 440 Hz for the A above middle C, and calculated using equal temperament. The C above middle C (C5) is known as tenor C and has double the frequency of middle C. An octave higher still is C6, which is also called soprano C, high C, or top C.

C is also the key of C major.
This is the only major scale that has no sharps or flats, so, when played on a piano, it uses only the white keys.

Finally, C is an abbreviation used on the stave to designate common time.