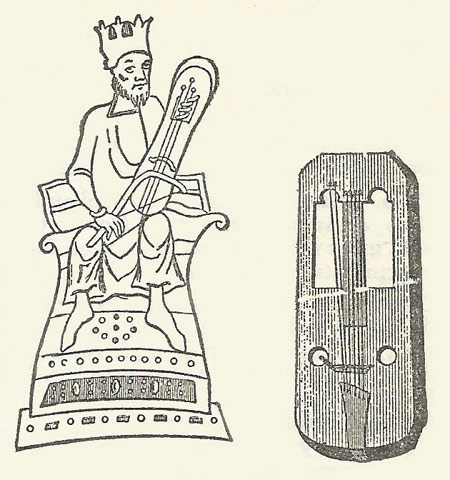 The crwth. The first is as depicted in a 13th-century manuscript: it shows only 3 strings; the second is a more modern Breton instrument with 6 strings.

The crwth is an ancient type of bowed lyre, also known as a crowd, rote, or rotte. It had a more or less rectangular frame of which the lower part was filled in to form a sound box, the upper half being left with openings on each side of the strings: through one of these openings the left hand passed to stop the strings whilst the right manipulated the bow. In the sixth century, it seems to have been looked on as a distinctively British instrument and it lingered (in fast-dwindling use) in the ancient British fastness of Wales even as late as the early nineteenth century.