Holst and The Planets 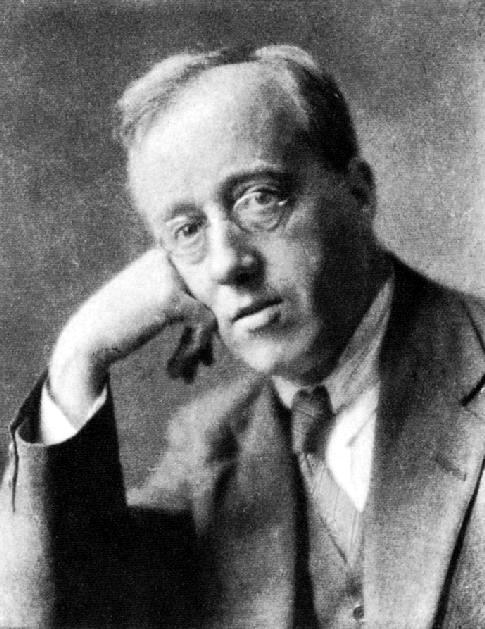 Gustav Holst was an English composer, arranger and teacher, best known for his orchestral work The Planets. Holst was born in 1874 in Cheltenham, Gloucestershire, and came from a long line of musicians on his father's side. Growing up, his ambition had been to make a career as a pianist but neuritis in his right arm prevented this. So he trained as a composer instead. To make ends meet, he played the trombone professionally in theatre bands and later became a teacher, pioneering music education at St Paul's Girls School in London, where he taught from 1907 until his death in 1934.

As a composer he didn't achieve international fame until The Planets – which he wrote during the First World War – began to be played by orchestras in the post-War years. In fact, the first performance of it, by the Queens Hall Orchestra conducted by Adrien Boult, took place in 1918, a few weeks before the War ended, to an invited audience of just 250. The first public performance, by the Royal Philharmonic, came the following year.

The Planets is in seven movements – one for each of the planets known at the time, not including the Earth or Pluto, which wasn't discovered until 1930. In the order that they're intended to be performed, they are: Mars, Venus, Mercury, Jupiter, Saturn, Uranus, and Neptune. This is different from the order of the planets from the Sun. But the concept behind Holst's work wasn't astronomical at all but astrological.

Holst had become fascinated by astrology and casting horoscopes in 1913 and began work on The Planets shortly after. His composition also seems to have been influenced by his attending a performance of Arnold Schoenberg's Five Pieces for Orchestra in January 1914. In fact, Holst's original name for his new work was Seven Pieces for Large Orchestra.

The first movement in The Planets, and the first to be written, is Mars, which Holst originally called "The Bringer of War" without reference to the planet's name. It's a march but with an unusual time signature of 5/4 instead of the typical 4/4 left-right-left-right march beat. Among its other distinctive features are strings played with the wood of the bow, timpani using hard-head sticks, and a solo on the euphonium. In fact Mars is one of only two major classical pieces that call for a euphonium, the other being Mussorgsky's Pictures At an Exhibition. Various versions of Mars, and of the other movements in The Planets, regularly appear in other forms of music, such as progressive rock and film scores. King Crimson and Emerson, Lake and Palmer, for instance, have both recorded tracks based on Mars.

The second movement, Venus, is in complete contrast to the energy, bombast, and relentless drive of Mars. It's quiet, reflective, and sensitive, with passages featuring harp and flute, solo violin, and shimmering strings. The tempo picks up again with Mercury, but in place of the menace and weight of Mars there's lightness and humor. Mercury bounces along as befits its role as music of the Winged Messenger.

The Jupiter movement combines beauty and majesty. Its most iconic theme is used in the patriotic hymn, I Vow To Thee My Country. Then comes Saturn, which Holst designated the Bringer of Old Age. We can hear in it time ticking slowly away, the flutes rocking back and forth while the double basses play a slow and mournful theme.

Uranus is the Magician. But this is no subtle magician relying on sleight of hand but an in-your-face interpretation that begins with a fanfare of timpani and brass, struts around, and ends with a great glissando on the pipe organ.

Finally, there's Neptune the Mystic. And here we really do encounter a different world, detached from the physical. Despite being played by a large orchestra, the music is quiet and ethereal, featuring harp, celeste, and the only vocal parts in the whole work. At the end, Holst makes use of one of the earliest fade-outs in music. The instruction he wrote for the choir is: "to be placed in an adjoining room, the door of which is to be left open until the last bar of the piece, when it is to be slowly and silently closed..." The last bar of the piece is "to be repeated until the sound is lost in the distance."