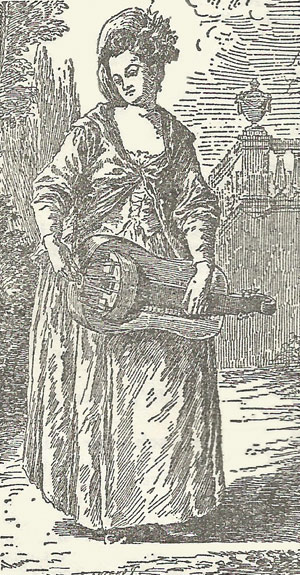 A hurdy-gurdy is a stringed instrument played by turning with the right hand a rosined wheel which serves as a bow, whilst the left operates a small keyboard with a few finger-keys like those of a piano. Two of the strings (one or the other of which is allowed to vibrate at any given moment according to the key of the music) produce the low key-note, so resembling the drone of a bagpipe. Some instruments have sympathetic strings. Music has been provided for this instrument by serious composers, including Haydn.