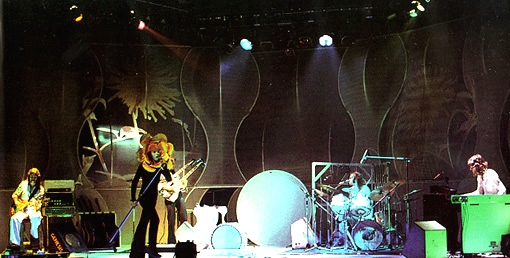 Progressive rock is a subgenre of rock music which developed in the late 1960s to mid 1970s, primarily in the UK, and which expanded the form with classical influences, longer songs with intricate dynamics, non-traditional instruments, and synthesized sounds. Many songs had movements, some of which dropped the essentials such as the backbeat and the blues modality. Prominent exponents included Yes, Genesis, and King Crimson.