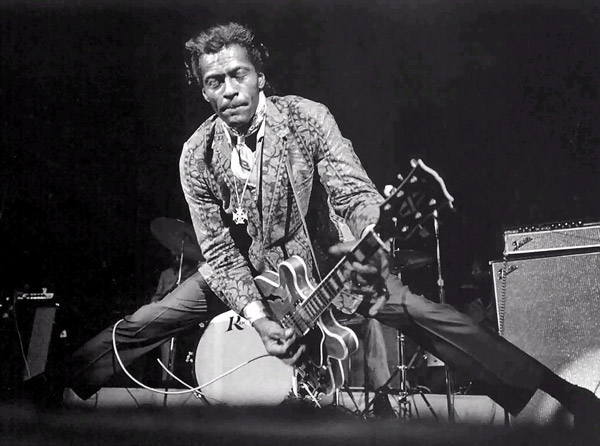 Perhaps the most popular form of twentieth-century music, rock is a combination of African-American rhythms, urban blues, folk, and country music of the rural South. It has developed into hundreds of subgenres, each with its own audience, record labels, and radio formats.

Rock started out as 'rock and roll' in the early 1950s, evolving from a mixture of bop, blues, and country and western music. Among its characteristics are a prominent, steady, heavily syncopated rhythm with a strong backbeat; a blues modality; guitar, drums, and bass instrumentation; loud vocals and overall high volume; and lyrics about rebellion and other topics often calculated to offend non-fans.

As rock music has become the dominant form of jazz and, in much of the world, the dominant style of music, it has grown under the direction of its own spirit and many other influences so that fifty years after its debut much of it would be unrecognizable to its early performers and fans. The only element that is still universal is the backbeat (stress on the second and fourth beats of each measure). Early exponents included Little Richard, Elvis Presley, and Chuck Berry.