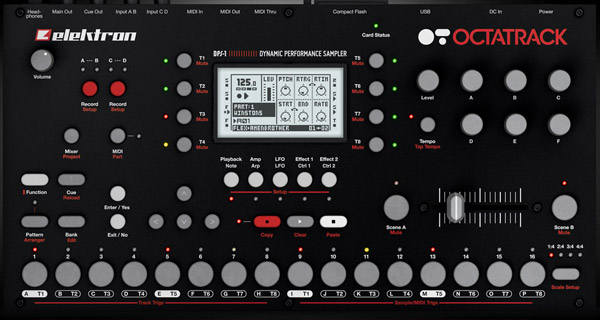 Sampling is the practice of taking selected sections from previously recorded records and repeating and mixing those sections to create a background sound to accompany new vocals. As part of the ongoing computerization of music technology and performance, the sampler has become almost an everyday object in music production. Samplers, in essence, are recording devices that are able to record almost any sound digitally and make this recording accessible to a synthesizer or computer. Once a sound has been "sampled" it can be added to the memory/storage bank of a synthesizer. This is how, by the pressing of a musical keyboard, musicians are able to reproduce the sounds of pigs, laughter, hand-clapping, ducks, frogs, birds, snoring, etc., or, increasingly and more controversially, lift hooks, riffs, often whole melodies, from earlier songs.

In many ways, the Mellotron can be regarded as the earliest example of a sampling instrument. However, the sampler really came into its own with the development of digital technology.

Digital sampling is the process by which a recorded analog signal is analyzed and transformed, through an analog-to-digital converter (ADC) into digital information that can be easily stored, manipulated, and replayed. On playback, the process is reversed and the digital information is passed through a digital-to-analog converter (DAC) to recreate the original waveform. Two factors influence the quality of the sample:

The Fairlight CMI (Computer Musical Instrument) was the first commercially available digital sampler. Named after a Sydney Harbour hydrofoil service, it was developed in 1979 by Australians Peter Vogel and Kim Ryrie. The original Fairlight was capable of 10 kHz, 8-bit sampling and had an interactive VDU (video display unit) on which the user could edit, or even draw, waveforms with a light pen. Costing around $25,000. Its use was restricted to academic institutions and affluent rock musicians, such as Peter Gabriel who used it extensively on his fourth album, including the single 'Shock the Monkey'.

Like its American counterpart, the NED (New England Digital) Synclavier, the Fairlight fell into disuse, unable to compete with the rising tide of affordable samplers produced by companies such as Ensoniq (Mirage), E-mu (Emulator), Sequential Circuits (Prophet 2000) and Akai (S900). Many of today's synthesizer-workstation keyboards are based on sampling technology, and vast libraries of third-party pre-recorded samples are available. However, like so many other advances in music technology, the world of sampling has come to be dominated by computer software.

The advent of widely available, mass-market sampling instruments has given rise to numerous developments in musical styles and techniques – from the stuttering, re-triggering effect of Paul Hardcastle's '19' to the drum loops of hip-hop and the often-overt lifting of whole, recognizable musical phrases into new compositions.