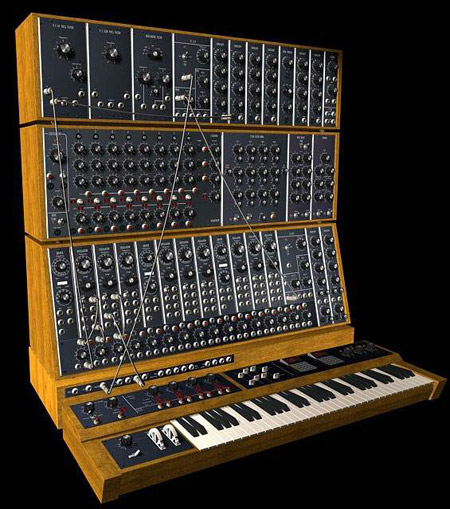 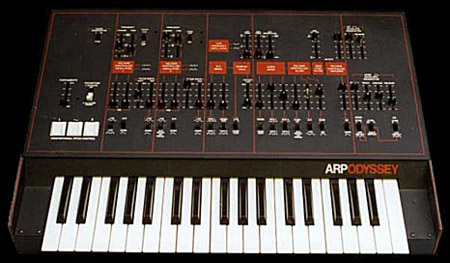 A synthesizer is an electronic sound generator (often a keyboard) capable of modifying the sound generated. No instrument has had a more dramatic impact on contemporary music.

The birth of the synthesizer dates back to the mid-1940s when Canadian physicist, composer and instrument maker, Hugh le Caine (1914–1977) built the electronic sackbut, an instrument widely regarded as the first true synthesizer.

In the 1950s, RCA built the huge Mark II Music Synthesizer, using vacuum-tube electronics and a punched-paper-tape system of programming – rather like a player piano. This cumbersome beast required hours of patching and programming before it was able to produce any musical sound.

Other developments of the time included Daphne Oram's novel technique of 'Oramics', which used drawings on 35-mm film to produce sound, a system that was employed by the BBC Radiophonic Workshop for several years.

Although American inventor Donald Buchla did create a commercially available synthesizer, most instruments of the 1950s and early 1960s were, due to their vast size and complexity, confined to academic institutions and studios. The wider explosion of interest in the synthesizer was the responsibility of the man whose name became synonymous with the instrument – Robert A. Moog (1934–2005).

Moog (pronounced to rhyme with 'vogue') had always been interested in electronic music, having built theremins with his father throughout the 1950s. Inspired by experimental composer Herbert Deutsch, Moog designed the circuits for his first synthesizer while studying for his PhD in Engineering Physics at Cornell University, where he was a student of Peter Mauzey, an RCA engineer who had worked on the Mark II Music Synthesizer. Moog demonstrated his first synthesizer at the AES (Audio Engineering Society) convention in 1964. Like the RCA machine, Moog's synthesizer was a flexible modular design in that the instrument comprised several different sections, or modules, each with a different function, which could be patched (connected) together in different combinations. Moog's first design still required a great deal of programming time, although it was smaller, lighter and more flexible than the Mark II Music Synthesizer.

In 1970, Robert Moog produced another ground breaking instrument, the Minimoog. Unlike previous synthesizers, the Minimoog abandoned the modular design in favor of all the electronics being built into a single keyboard unit. What was sacrificed in terms of modular flexibility was gained in ease of use and portability.

Until the mid-1970s most synthesizers were monophonic – that is to say they were only capable of producing one note at once. A few exceptions, including Moog's Sonic Six and the ARP Odyssey, were duophonic (able to play two notes at once). True polyphonic instruments, able to play chords, appeared in 1975 in the form of the Polymoog, with the equally classic Yamaha C5-80 and the Oberheim Four-Voice being released the following year.

The advent of affordable microprocessor integrated circuits enabled manufacturers to bring the advantages of digital control and memory to the synthesizer. In 1972, Sequential Circuits introduced the Prophet 5, a fully programmable, polyphonic synthesizer with digital patch memory storage, which memorized all settings.

MIDI is an industry standard communication protocol that enables electronic musical instruments (and computer systems) to be connected to one another to exchange musical data – such as note values or program-change information. Prior to MIDI, different manufacturers each pursued their own proprietary standards. This mean that getting, for example, a Yamaha instrument to communicate with a Korg device was just about impossible. In 1981, Dave Smith of Sequential Circuits proposed the idea of a standard interface in a paper to the AES and the MIDI Specification 1.0 was published in 1983. The almost universal adoption of MIDI ensured that it became a key technology central to stage and studio, with applications beyond the purely musical, such as control of lights.

Although most synthesizers have many fundamental principles in common, there are, in fact, several different forms of synthesis technique. These include: