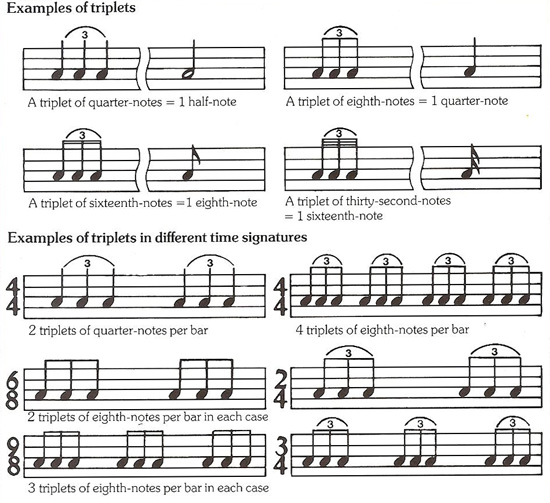 A triplet is any group of three notes, in which each note is played with the same time value and the same 'stress' or 'accent'. The three notes are linked by a curved line called a slur and the number 3 is written over the top or at the bottom.

Triplets are usually used to describe the effect of three notes being played in the space of two. They are a necessary device because there is no other way to indicate dividing a time value into thirds. There are no such note values as a third-note, a sixth-note, a ninth-note, and so on – yet these time values do obviously exist.

In 6/8 or 9/8 time, triplets of eighth-notes can be written without having to add the slur and the number three. This will produce the same musical effect and feel.