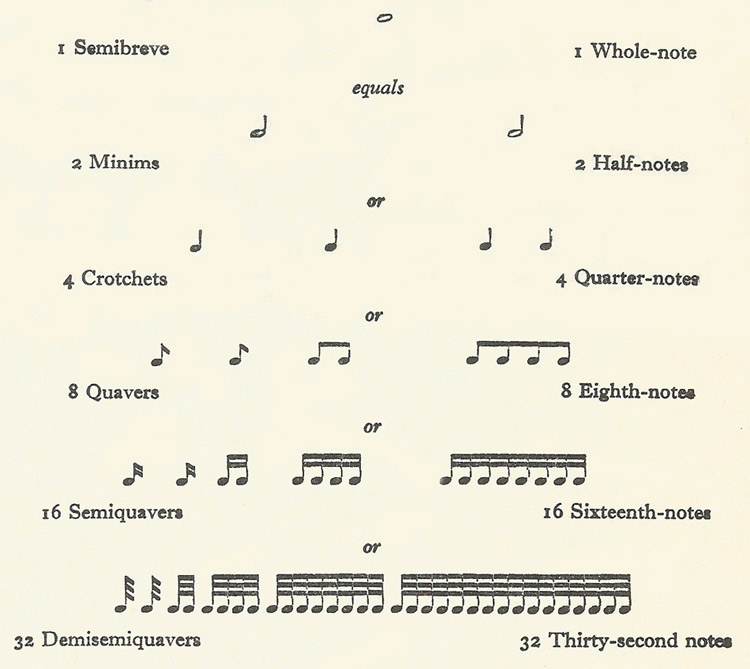 How notes are drawn. 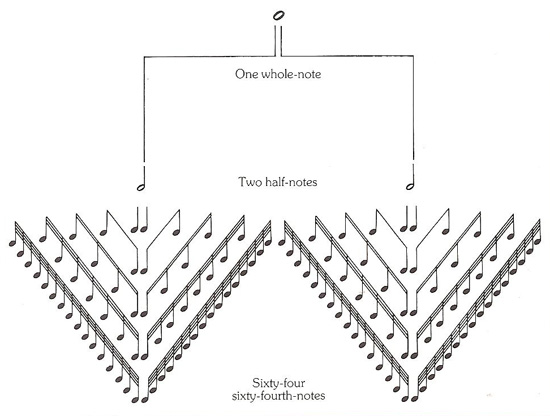 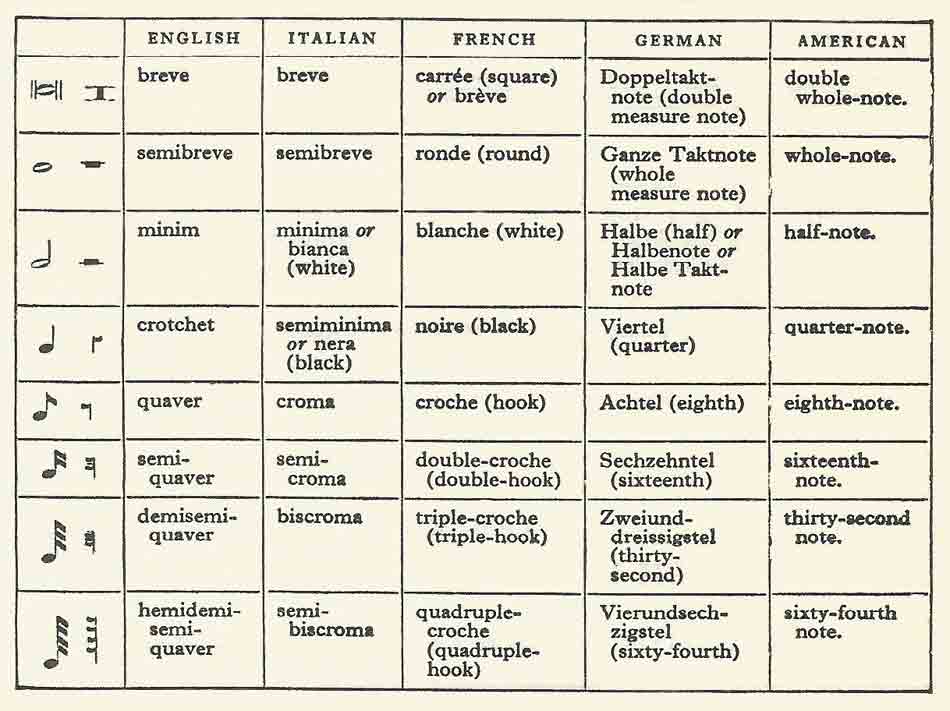 In music, a note generally means either (1) a written sign representing the pitch and duration of single musical sound, or (2) a discrete sound of a specific pitch. A note is assigned to a specific pitch by putting it on a line or in a space on the stave.

In conventional music notation, there are seven different notes, each with its own relative time value and name. But the terminology differs between the English and American systems. In the English system, the longest note in regular use is called a semibreve and the shortest a hemidemisemiquaver, whereas in the American system these are referred as a whole note and a sixteenth note, respectively. There is another note, called the breve, which is twice as long as a semibreve (i.e., eight times as long as a quarter-note), but it is hardly ever used. The breve was formerly the shortest note in music, but as the longer notes fell into disuse and shorter ones were introduced it became the longest.

All the note symbols and their English and American names are shown in the table above. The symbol for a whole note is an open oval. As the time value decreases, the oval acquires a stem, then becomes solid, and then has one, two, three, or four tails or flags attached to its stem. In most time signatures, a beat is represented by either a quarter-note (crotchet) or an eighth-note (quaver). Corresponding to each note is a rest of equal duration.

The easiest way to understand time values is if you consider one beat as equaling one quarter-note. Notes that last for longer than one beat are then multiples of a quarter-note (for example, half-notes and whole notes), and notes that don't last as long as one beat are then subdivisions of a quarter-note (for example, eighth-notes, sixteenth-notes, and so on). This means that in one bar of 4/4 time (where there are four beats to every bar) a whole-note will last for the whole bar, and a sixty-fourth note will last a mere sixteenth of the bar.


How notes are drawn

The tail or flag of a note for a half-note (quaver), or smaller value note, is always written on the right side of the stem.

Notes can be connected together through the use of beams and ties.

All notes are simple multiples of one another. Two half-notes last as long as a whole-note, two quarter-notes add up to a half-note, two eighth-notes are the same as a quarter-note, and so on. Take one bar of 4/4 time as an example. It can comprise one whole-note, or two half-notes, or four quarter-notes, or any combination of notes or rests that adds up to exactly four beats. In one bar of 3/4 time, the same would apply as long as the total number of notes and rests added up to exactly three beats. In one bar of 5/8 time, the notes and rests should add up to exactly five beats – but each eighth-note (not each quarter-note) would represent one beat.

The English names of the longer notes are based upon the old Latin names of the early Middle Ages, The earlier Italian names are similar, The French names stand alone as being purely descriptive of the appearances, The German names are arithmetical and the American names practically a translation of them.