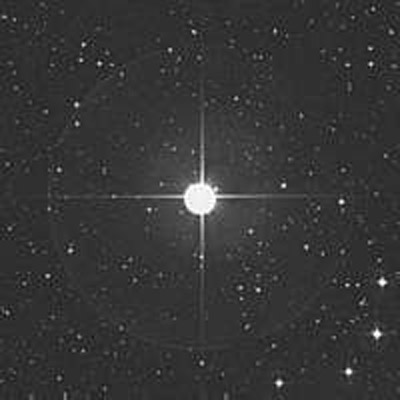 18 Scorpii is a nearby star that is virtually identical to the Sun.1 It has been ranked by SETI researchers Margaret Turnbull and Jill Tarter in the top five stars in the solar neighborhood most likely to support life.

18 Scorpii lies about 46 light-years away in the constellation Scorpius. It is a yellow main sequence star that closely matches the Sun in mass, luminosity, temperature, speed of rotation, surface activity, metallicity, and the fact that it is solitary. 18 Sco has a rotation period of 23 days (compared with 25.4 days for the Sun) and appears to be slightly younger than the Sun (4.2 billion years compared with 4.54 billion years). It is visible in the night sky close to the Scorpion's left claw.

In 2003, 18 Sco was chosen from a shortlist of 30 stars (screened from the 5,000 or so stars that are estimated lie within 100 light-years of Earth) that were presented to a group of scientists from the now-cancelled Terrestrial Planet Finder and Darwin projects. The stars examined were selected from a larger list of 17,129 (of which 75% are located within about 450 light-years of the Sun) that were assembled into a Catalog of Nearby Habitable Stellar Systems (HabCat) by Turnbull and Jill Tarter of the SETI Institute. See also Sunlike stars.