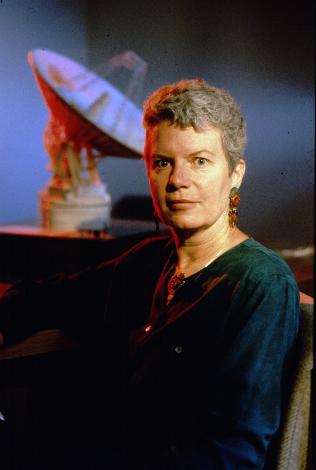 Jill Tarter is science team leader at the SETI Institute, holder of the Institute's Bernard M. Oliver Chair for SETI, and Director of Project Phoenix. Tarter received a BS in engineering physics from Cornell University (1965), and M.S. (1971) and PhD (1975) in theoretical astrophysics from the University of California, Berkeley where, as a graduate student, she carried out work on Project SERENDIP. From 1975–77 she held a postdoctoral National Research Council Fellowship at NASA Ames Research Center and was subsequently contracted to work on NASA's High Resolution Microwave Survey. She has been on the staff at Berkeley since 1977 and a principal investigator for the SETI Institute since 1985. Together with Margaret Turnbull, she recently compiled HabCat (Catalog of Nearby Habitable Systems) to help guide future SETI research, notably that to be conducted using the Allen Telescope Array. Tarter is married to another leading SETI investigator, William ("Jack") Welch.