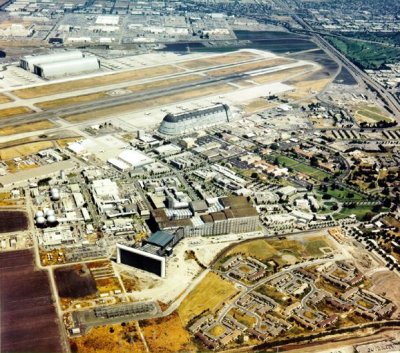 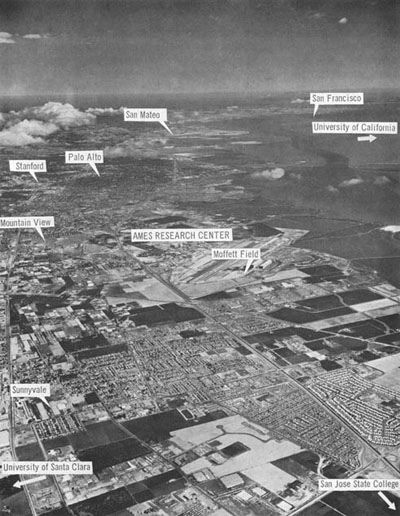 Ames Research Center (ARC) is a facility that for more than five decades has pioneered work in astrobiology, and also researched other new techniques and technologies of potential use to NASA.

Located at Moffett Field in the heart of California's Silicon Valley, Ames was founded on December 20, 1939, as an aircraft research laboratory by the National Advisory Committee on Aeronautics (NACA). In 1958, it became part of the National Aeronautics and Space Administration and in 1960 the site of NASA's first life sciences laboratory, set up to study prebiological development, the conditions under which life might survive, and a variety of related issues. Thus Ames was established as the center for NASA's astrobiology program, first under Harold P. Klein and then under Richard S. Young. Cyril Ponnamperuma, a student of Melvin Calvin, joined as a research associate and eventually headed a branch in chemical evolution. It was Ponnamperuma's group that confirmed the existence of extraterrestrial amino acids in the Murchison meteorite.

Following an earlier request by NASA to scientists around the country for proposals for ideas for remote life-detection equipment to be used in the search for possible martian life, Ames set up a team in 1963 to evaluate the various concepts.1 Subsequently, it played a major role in the Viking program, with Klein in charge of the mission's biology science team.

The involvement of Ames in SETI stemmed from John Billingham, head of the center's Biotechnology Division, who in 1970 convinced Ames Director Hans Mark that a small-scale study of the problems of interstellar communication was justified. This led, the following year, to the proposal for Project Cyclops. Eventually, a less ambitious scheme was developed jointly by Ames and the Jet Propulsion Laboratory known as the High Resolution Microwave Survey, the targeted portion of which was the responsibility of Ames.