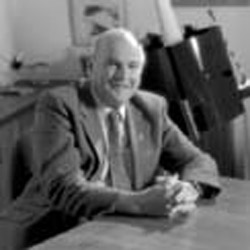 The Astrobiology Institute is a collaboration between NASA and academic and research organizations to carry out interdisciplinary research in astrobiology. The Astrobiology Institute, which began operations in July 1998, is managed by the NASA Ames Research Center and includes among its initial membership Arizona State University, the University of Colorado, the Scripps Research Institute, the University of California at Irvine and Los Angeles, Pennsylvania State University, Harvard University, Woods Hole Marine Biology Laboratory, the Carnegie Institute, the NASA Johnson Space Center, and the Jet Propulsion Laboratory. It is designed to operate as a "virtual" institute, linking geographically dispersed scientific teams and laboratories by the Next Generation Internet and other modern communications tools. Institute members will pursue research in areas such as the origin of life in the universe, the formation and evolution of habitable worlds, the early evolution of Earth's oceans and atmosphere, and the potential for biological evolution beyond an organism's planet of origin. A major goal of the institute will be to develop concepts for new missions to search for life within the solar system, and for habitable planets and evidence of life outside the solar system. In May 1999, Baruch Blumberg, winner of the 1976 Nobel Prize in Physiology or Medicine (for his discovery of the hepatitis B vaccine), was appointed the Institute's first director.