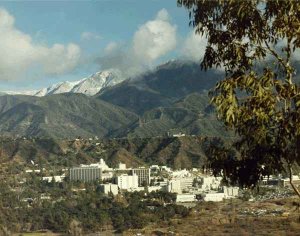 The Jet Propulsion Laboratory (JPL) is an establishment in Pasadena, California, operated by the California Institute of Technology for NASA, which plays a major role in the development, operation, and tracking of US interplanetary space probes. JPL has responsibility for the Deep Space Network and has managed the Viking, Voyager, Galileo, and Mars Pathfinder missions, among many others. JPL was founded by Theodore von Kármán and Frank Malina in 1944 and was a focal point of American rocket development in World War II. In 1958 it became part of NASA and provided America's first successful Earth satellite, Explorer 1.